Aviation services to be disrupted in Ghana on Monday

Aviation services in Ghana are likely to be disrupted as workers of the Ghana Civil Aviation Authority (GCAA) threaten to withdraw some critical services at the country’s airports from Monday.

The decision, they explained, has become necessary in order to safeguard the safety of flights within the Accra Accra Flight Information Region (FIR).

According to the workers, authorities have failed to ensure the removal of the board chairman for the GCAA, Air Cdre. Rexford G.M. Acquah (retd), who they have accused of unprofessionalism.

In February this year, the workers claimed alleged the board chairman was working outside his mandate and micromanaging the Authority with disregard to the functions of management and staff.

He was said to have “become abusive and abrasive in nature” towards top management the rank and tile of the Authority.

They claimed in a letter demanding his removal that the board chair “has had lots of run-in with members of staff”.

Although the Aviation, and the Director-General of the State Interests and Governance Authority (SIGA), moved in to get the issues resolved, the workers in a statement Thrusday, March 12 said the efforts by the two to resolve the matter have since not materialized.

Also, the claimed construction work on over a 600-acre aviation land at Nkwantanan in Accra was still ongoing despite their demand for work to cease

The construction work by a private developer, they claimed severed one of their fibre optic cables and adversely impacted our communication system for hours on March 3, 2020.

“Additionally, we do not have access to critical aviation equipment on the land, as most entrances have been either dug or blocked, a development that directly places the crucially important services we provide under serious threat,” the said.

They argued it was unacceptable and dangerous for their lands to be taken over by a private developer.

“Safety,” they argued, “is the bedrock of aviation” for which reason they will not compromise on any situation that negatively impacts the industry. 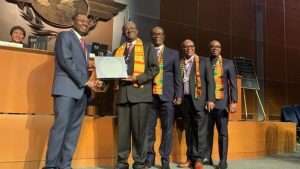 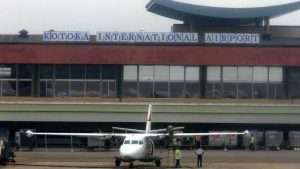 Kotoka International Airport up for privatisation