Prof John Evans Atta Mills died on 24 July, 2012 at the 37 Military Hospital[/caption] Former President John Dramani Mahama has paid tribute to the late Professor John Evans Atta Mills seven years after the latter’s demise. Prof. Atta Mills died on July 24, 2012 while president of Ghana. On Wednesday, July 24, former president Mr Mahama, who was the Vice President when the sad incident happened, took to Facebook to pay tribute to his predecessor. “Seven years ago, today, our nation was struck with unquenchable grief and agony when President John Atta Mills departed to his maker,” he wrote. “He was a man who stood for the highest ideals of leadership and for the greatest aspirations of our democracy.” Moments after the sad incident in 2012, Mr Mahama was sworn in as President to serve the rest of Prof Atta Mills’s term. 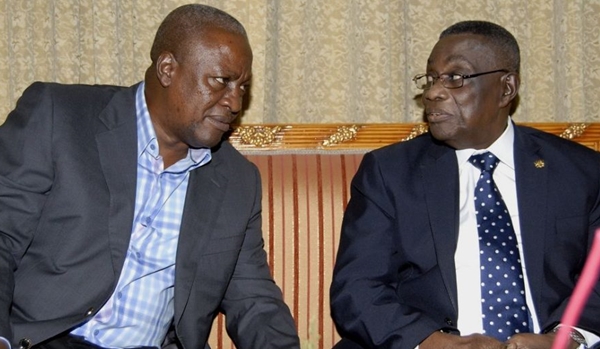 Meanwhile, the National Democratic Congress (NDC) is expected to gather at Asomdwee Park, where the late former president was buried, for a wreath-laying ceremony. Party bigwigs are expected to gather at the venue for the event. The event will be under the auspices of the Atta Mills Institute. By Emmanuel Kwame Amoh|3news.com|Ghana Follow @kwame_amoh]]>