Mr. Alex Adenyo[/caption] The Asuogyaman and Tongu clusters of Compassion International (Ghana) have, respectively, launched their child rights clubs at Juapong and Volo, near Adidome. Speaking at the launch at Juapong, Mr. Alex Adenyo, the partnership facilitator of Asuogyaman Cluster of Projects, expressed his gratitude and that of the organisation for the support of stakeholders, especially parents and the participating churches, in protecting the rights of children. He urged them to intensify their effort with Compassion International as it creates the conducive environment for children to learn and to express their talents to their full potentials. In his remarks, as a guest speaker, Mr. George Amevor, a child rights advocate, told the participants to promote child rights and protection issues for better life and for a sound society. The Asuogyaman Cluster of Projects, with a total of 4, 016 beneficiary children, operates in 14 communities, including; Juapong, Kpong, South Senchi, Atimpoku, Akwamufie, Adjena, Gyakiti, Apeguso, Mpakadan, Fintey, Asikuma, Labolabo, Boso and Akosombo-Pupuni. [caption id="attachment_131852" align="aligncenter" width="720"] 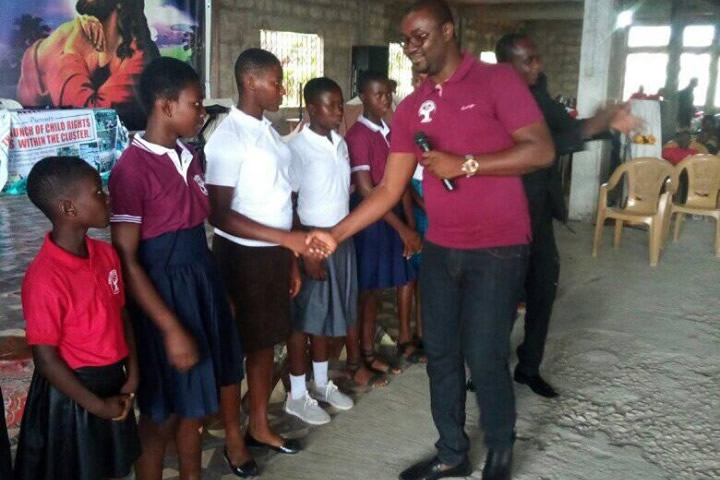 Mr. Alex Adenyo congratulating the child rights advocates[/caption] In a related development, Mr. Richard Baku, the partnership facilitator for the Tongu Cluster of Projects, said that Compassion International shall continue to partner parents, churches and other stakeholders to give sound education and welfare to children in a bid to eliminate poverty. “Let us stop paying mere lip service to the protection of children’s rights. Let us be proactive in advocating for children’s rights and accelerate our collective efforts to end child abuse in our communities now,” Mr. Baku urged. [caption id="attachment_131855" align="aligncenter" width="720"] 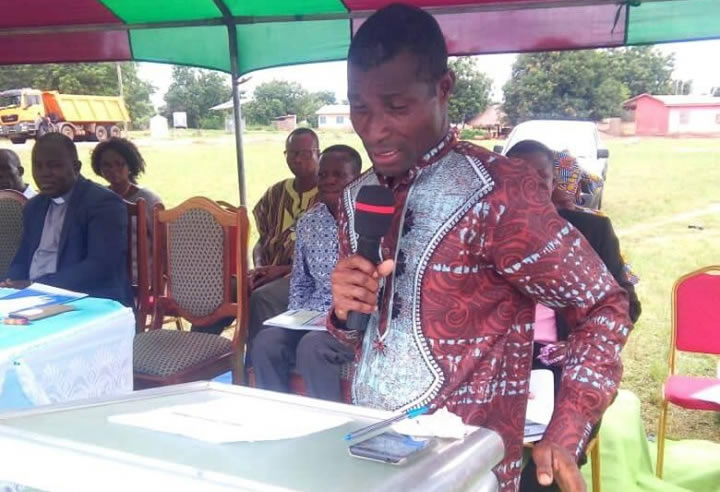 Mr. Israel Akrobortu delivering his speech[/caption] Speaking as a guest, Mr. Israel Akrobortu, the Volta Regional Director for the Department of Children, told the participants that failure to protect the rights of children is a crime against children and that efforts should be made by all stakeholders to protect children against child marriage, child labour, defilement, trafficking, kidnapping, substance abuse, among others. On security issues, Detective Sergeant Courage Akpaloo, of the Sogakope Divisional Criminal Investigations Department (CID) of Ghana Police Service, told the participants to report quickly abuse and criminal cases against children to the right authorities for actions to be taken on them. The Tongu Cluster of Projects, with 4, 102 beneficiary children, operates in 14 communities: Sogakope, Mafi-Adidome, Mafi-Kumase, Mafi-Dove, Mafi-Devime, Mafi-Asiekpe, Mafi-Gidikpoe, Mafi-Anfoe, Mafi-Zongo, Vome, Volo, New Bakpa, Kpoviadzi and Afiadenyigba. [caption id="attachment_131854" align="aligncenter" width="720"] 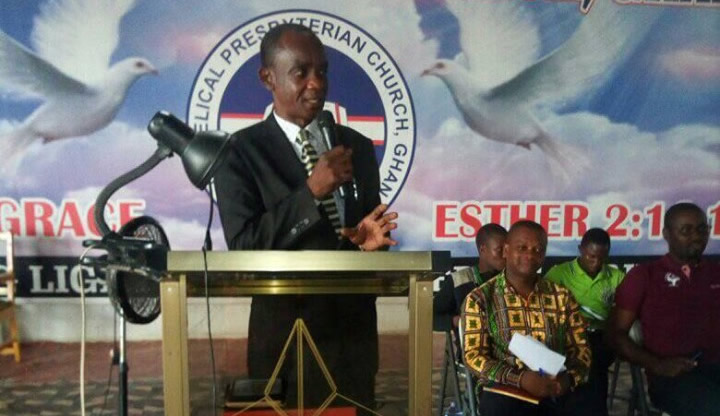 Mr. George Amevor[/caption] Reports say as at June, last year, Compassion International (Ghana), a Christian non-profit organisation, has been partnering 337 churches in Ghana to run child and youth development programmes and to release 86, 734 children and young people from poverty in Jesus’ name. The events were marked by a float, choreography, drama and cultural performances.