Patient with bruises on his arms 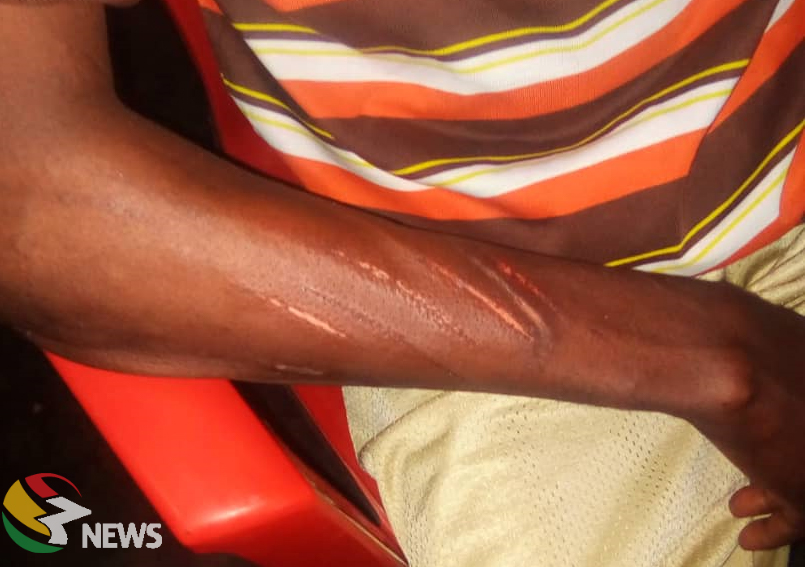 Authorities at the Ankaful Psychiatric Hospital in the Central Region says it has launched a full scale investigation into how 63-year-old patient, James Egan, sustained several bruises and scratches on his hands and other parts of the body.

The victim was admitted on May 1, 2019 for stress management and was discharged on Monday, June 3, 2019 rather brutalized.

Mr. Egan’s family had called on the authorities of the Ankaful Psychiatric Hospital to investigate and bring the perpetrators to book.

Meanwhile, the Director of the Ankaful Psychiatric Hospital, Dr. Kojo Marfo Obeng, in an interview with Onua FM’s Yen Sempa on Friday stated, “We have identified the patient and we thank you [Onua FM] for bringing the issue to our attention…We have launched full investigations into the issue.”

“Our difficulty is to identify the perpetrator but we are still on it. We are processing those on duty that day”.

Dr. Marfo Obeng admitted that the hospital’s report indicates that Mr. Egan had no such bruises when he was brought to the facility.

“We will do all we can to get to the bottom of the issue. Some wounds were documented on the man’s body but scratches were not in the documentation that is why we are saying it is early days in the investigations”, he said.

He said his outfit will take care of his treatment: “I can’t discuss his health status on line. I want them to bring their father back. It’s very important and the hospital will cater for the bill. Let me offer the free treatments,” he said.

Daughter of the victim, told host of Yen Sempa, Bright Kwasi Asempa that “my father is fine but he can’t talk. He can’t stand. He can’t walk even though he used to eat, walk, talk but when he returned, he can’t do any of these”.

She further noted, “the hospital did not give us any medicine [to treat the wounds] but we are applying some medicines to the bruises”.

Asked whether the hospital has informed them to send the father back for treatment, Mrs. Davis noted, “nobody called us to bring our father back. They only said we should exercise patience and that they were doing the investigations”.

Meanwhile, the hospital authorities are unable to tell when the investigations would be concluded.

Akufo-Addo lied about percentage of women in cabinet – NDC

TALKING DRUM: The ‘mortuary man’s’ strike, must we not beg the beggars?

TALKING DRUM: The ‘mortuary man’s’ strike, must we not beg the beggars?