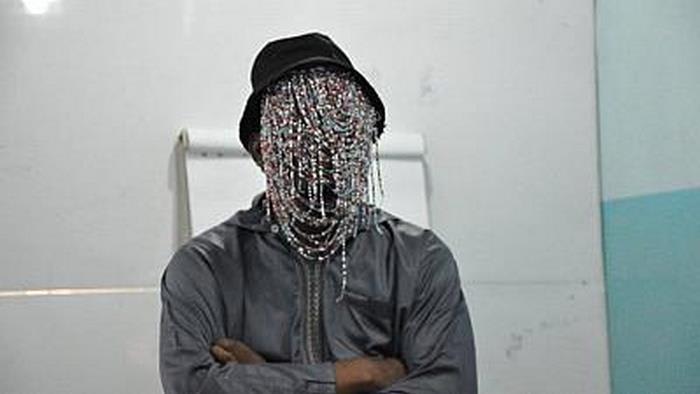 Ghana’s ace investigative journalist Anas Aremeyaw Anas has been named in The Africa Report’s inaugural ranking of the top Africans who control the levers of power across politics, business and the arts: from billionaire barons to unpredictable peacemakers and soft-power superstars. Top on the list is Aliko Dangote, Africa’s richest man. Anas placed 25th on the chart. Below is the list from 21 to 30. 21 – Mo Ibrahim  Truth teller  Sudan Through the four pillars of his foundation – a prize, an event, a report and fellowships – the Sudanese businessman-turned-philanthropist keeps people thinking about governance on the continent. The Mo Ibrahim Index, now in its 13th year, parlays more than a decade’s worth of data on governance in Africa into specific and practical recommendations for African leaders. He is working hard to raise a commotion about the climate, democratic and technological changes about to hit the continent.

@Mo_IbrahimFdn Did you know? For many businesses in #Africa, it is often easier to employ a skilled non-African expatriate than a skilled African expatriate. What can businesses & governments do to create environments where African citizens can thrive? #AfricanMigrationshttp://mif.media/fr-2019 127:15 AM – Jun 7, 2019Twitter Ads info and privacy See Mo Ibrahim Fdn’s other Tweets 22 – Mike Adenuga  Alliance builder  Nigeria As the second-richest entrepreneur on the continent, Adenuga has been breaking out of traditional relationships. He recently funded the building of the Alliance Française in Lagos and was rewarded with a Légion d’Honneur, the highest civilian award by French President Emmanuel Macron. 23 – Muhoho Kenyatta  Family business  Kenya President Uhuru Kenyatta’s bespectacled younger brother is so self-effacing he doesn’t even have a Wikipedia entry. But he is the engine that drives the vast Kenyatta business empire. Industrious and diligent, behind the scenes, he has been orchestrating the Kenyattas’ expansion across agribusiness, logistics and finance sectors, including the recent merger of NIC Group and Commercial Bank of Africa (CBA). CBA, owned by the Kenyatta family, is growing fast, spurred by the vast take-off in mobile-money loans in Kenya. The Kenyatta-owned dairy company Brookside is keen on expanding outside of Kenya and is looking for an opening in the Ethiopian market. Kenyan political insiders also say it was Muhoho who brokered the famous 9 March 2018 handshake between his brother and political rival Raila Odinga. This put paid to a long stretch of political acrimony that spilled over into violently contested elections.
READ ALSO:  Gov’t officials begged me to destroy Anas – Ken Agyapong
24 – Idris Elba  Storyteller  Ghana/Sierra Leone The Londoner, whose parents are Sierra Leonean and Ghanaian, has had a global reach via his starring role in cult HBO series The Wire. Since then his illustrious career has repeatedly taken him to the continent for films including Sometimes in April, about the Rwandan genocide; The No. 1 Ladies’ Detective Agency, filmed in Botswana; Mandela: Long Walk to Freedom, for which he received a Golden Globe nomination; and Beasts of No Nation, shot in Ghana and based on the novel by Uzodinma Iweala. In 2019 audiences in the UK will be able to see his stage play Tree about life in South Africa after Nelson Mandela, co-written with Kwame Kwei-Armah, artistic director at the Young Vic Theatre. But many are waiting to see if he will end up being the next James Bond. Idris Elba

@idriselba Ibiza… I’m coming back! I will be a weekly resident at @hiibizaofficial alongside @jackback who will make his Ibiza debut taking over the Club Room Catch us every Friday from 14 June – 4 October 2019 Come party with me#ClubWithUs Tickets on sale now! http://www.hiibiza.com/badef3  pic.twitter.com/NIgyeLz7bT70211:16 AM – May 15, 2019Twitter Ads info and privacy114 people are talking about this 25 – Anas Aremeyaw Anas  Truth teller  Ghana Known simply as “Anas”, his relentless exposure of corruption in Ghana and beyond has spawned many imitators and won him collaborations with major broadcasters including the BBC and Al Jazeera. The murder, in January, of Ahmed Husein, who worked with Anas on an exposé that led to the dismantling of the Ghana Football Association and sacking of a FIFA referee was a grim confirmation of the importance of his undercover work. His groundbreaking investigation into corruption in Ghana’s legal system led to the suspension and indictment of several judges. Anas Aremeyaw Anas@anasglobal #JournalismIsNotACrime #Justice4Ahmedhttps://twitter.com/pressfreedom/status/1124176818288906241 …Committee to Protect Journalists

@pressfreedomOn #WorldPressFreedomDay, we remember Ahmed Hussein-Suale Divela, broadcast reporter for @tigereyefound Private Investigations, who was killed in #Accra, Ghana, on January 16, 2019. #WPFD2019 #RememberingFallenJournalists @anasglobal https://cpj.org/data/people/ahmed-hussein-suale-divela/index.php …2081:35 PM – May 3, 2019Twitter Ads info and privacy35 people are talking about this 26 – James Mwangi  Sharp-eyed  Kenya By spotting potential at the bottom of Kenya’s economic pyramid, Mwangi has taken Equity Bank from bit-player to market maker in the thriving financial sector. Not stopping there, Mwangi used this momentum to turn Equity Bank into a leading player in the mobile-money space, as well as expanding into regional markets, like South Sudan and the DRC, becoming Kenya’s most international bank in the process.
READ ALSO:  I get traumatised: Anas speaks to BBC on near-death works
27 – Ngozi Okonjo-Iweala World Banker  Nigeria The Harvard-educated development economist had a ‘super-minister’ role under the presidency of Goodluck Jonathan when it rolled out crucial reforms of the power sector and introduced legislation to support local companies in breaking into the value chains of the oil and natural gas sector. But Jonathan’s government was also infamous for the graft and opaque deals that took place at the time. Her time in government gave her enough material to write a book about corruption, and that is what she did, calling it Reforming the Unreformable. Okonjo-Iweala remains a booster of good governance, arguing that countries need to improve the way that they handle and spend money before committing more money to, say, a big new drive to improve healthcare. The former Nigerian finance minister is currently the board chair of the Global Alliance for Vaccines and Immunisation (Gavi) and was appointed to Twitter’s board of directors in January. Ngozi Okonjo-Iweala

@NOIweala Gavi participates in PATHBREAKING LAUNCH in Tokyo! A world first in biometric fingerprint identification and authentication for children under five! In partnership with NEC of Japan and Simprints of the UK. pic.twitter.com/OOvIP9YBsz903:13 PM – Jun 6, 2019Twitter Ads info and privacy27 people are talking about this 28 – Patrice Motsepe  Mining money  South Africa The billionaire magnate founded diversified miner African Rainbow Minerals, which is in the market for new copper mining opportunities. Motsepe is also pushing into finance with TymeBank – the country’s first fully digital bank – and into politics, pledging $250m towards furthering South Africa’s land reform programme. The champion of black economic empowerment made the announcement at December’s Global Citizen Festival, which he hosted, where companies, governments and foundations pledged $7.5bn to end extreme poverty to the sounds of Jay-Z, Beyoncé, Wizkid (#18) et al. “We are coming together in unity as leaders and are committed to working together to ensure that the current land reform process will result in land with the requisite support and skills being made available to black people living in rural areas,” Motsepe explained.
READ ALSO:  Digitalization yielding fruits in the fight against corruption - Bawumia
29 – Mohamed Salah  Knight in white  Egypt From his penalty that qualified Egypt for the World Cup for the first time in 28 years to his hat-trick that took Liverpool to the top of the Premier League, Salah brings delight every time he steps onto a football field. His goals have brought him a slew of awards and he has been immortalised in statues and street art, but Salah is loved not just for his prodigious footwork. He is socially engaged on and off the pitch: refusing to celebrate a goal against Chelsea out of respect to the victims of the Sinai mosque attack, he forced fans to think beyond rivalries, and he has given away millions to his home village, Basyoun, and more widely to fight poverty and drug addiction. Mohamed Salah

@MoSalah Believe, work hard, and it’ll happen. pic.twitter.com/F11eKYgZgK409K2:48 AM – Jun 2, 2019Twitter Ads info and privacy75.8K people are talking about this 30 – Olusegun Obasanjo  A-grade fixer  Nigeria “OBJ” is Africa’s most famous backseat driver. The doyen of Nigerian politics has had an impact on every presidential election of the past 40 years and his blessing makes or breaks political careers. His choices defy party alliances: having backed the All Progressives Congress’ Muhammadu Buhari in 2015, in 2019 he switched to the People’s Democratic Party’s Atiku Abubakar – who was once his own vice-president. He is also one of the country’s wealthiest businessmen. OLUSEGUN OBASANJO@OluObasanjo1 For Africa to move forward, Nigeria must be one of the anchor countries, if not the leading anchor country. It means that Nigeria must be good at home to be good outside. No doubt, our situation in the last decade or so had shown that we are not good enough at home105:51 PM – May 7, 2019Twitter Ads info and privacySee OLUSEGUN OBASANJO’s other Tweets Source: 3news.com | Ghana]]>

I support calls for people to be held liable for galamsey...