Amaris Terminal has been adjudged the Promising Terminal of the Year at this year’s Ghana Shippers Awards held at the Kempinski Hotel in Accra.

Managing Director of the company Alex Atakorah also emerged as the Discovery of the Year at the awards ceremony which is the third in series and organised by the Ghana Shippers Authority and Globe Productions.

Mr. Atakorah said the award is a demonstration of how great teamwork produces results. 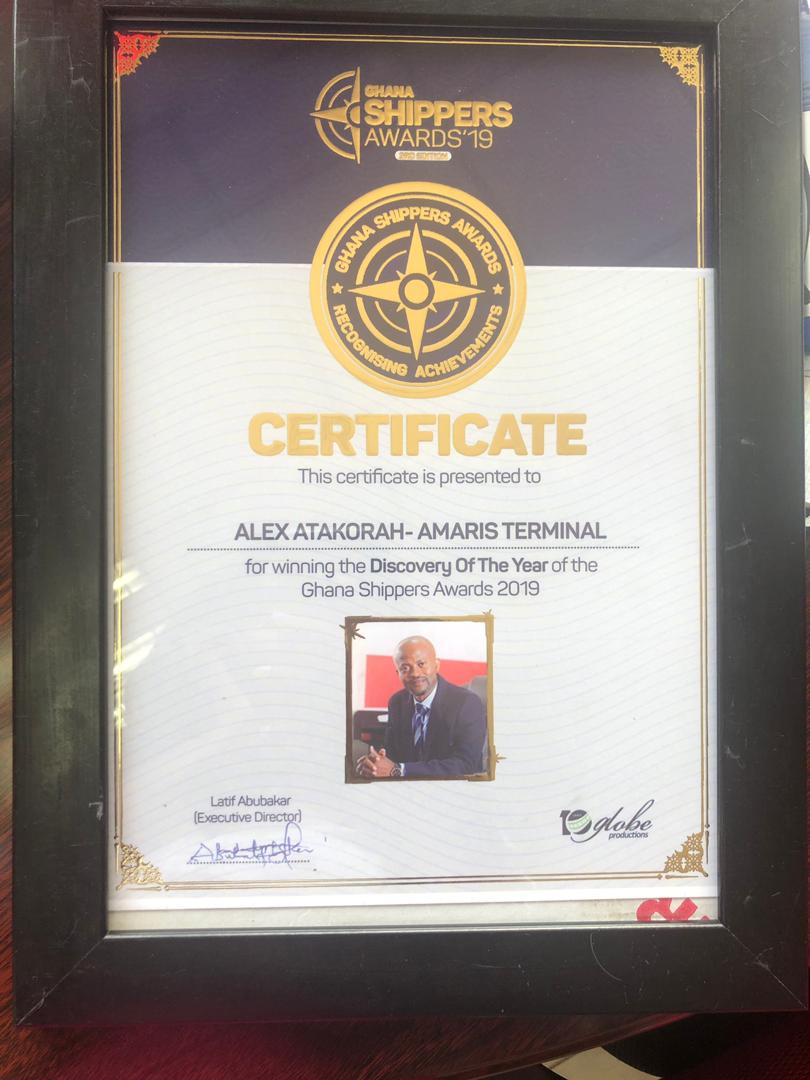 “As an innovative company, the objective is to become a one-stop shop for the industry, while intensifying efforts to improve customer interaction to achieve client satisfaction” he noted. 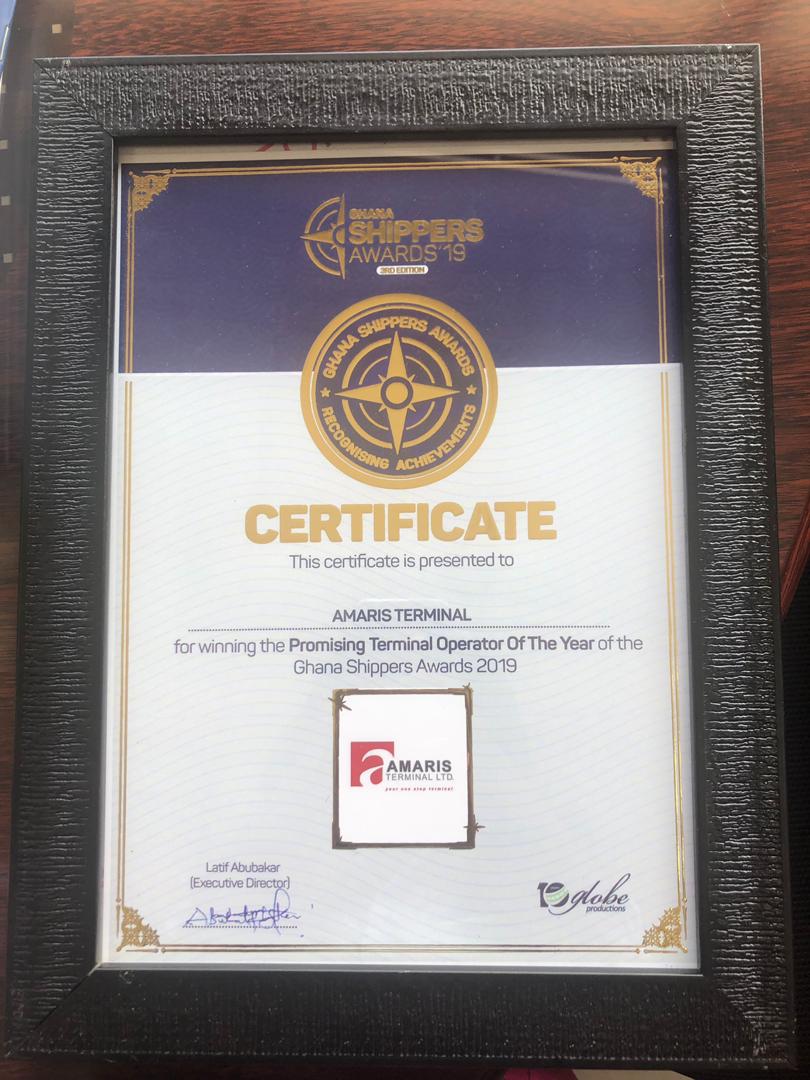 More than 51 personalities and firms were awarded for their distinguished contributions to the growth of the shipping industry.

Fifteen of the awards were picked by shippers and the rest by shipping service and other allied service providers.

The awards scheme provides a platform to recognise individuals and companies that play a significant role in the growth and development of the shipping industry in Ghana.

The Deputy Minister of Transport, Mr Daniel Nii Kwartei Titus-Glover, who represented the Sector Minister, commended the organisers of the event for creating a platform to celebrate individuals and companies that played a significant role in the growth and development of the shipping industry.

He encouraged award winners such as Amaris Terminal to strive to achieve the  objectives of creating  more jobs for the industry.

Executive Director of Globe Productions, Mr Latif Abubakar, stated that the scheme identified projects and individual achievements that have enabled shippers to set themselves apart from their competitors and produced clear and compelling value and other relevant results.