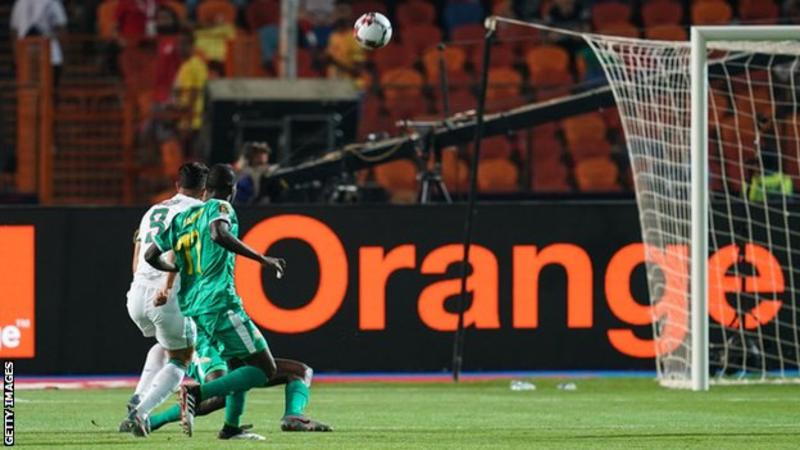 Algeria won the Africa Cup of Nations for the second time as a freak early goal secured a 1-0 win against Senegal in the final in Cairo.

Senegal, who have never won the competition, were awarded a penalty for handball in the second half but it was overturned after a VAR review.

Military funeral to be held for Hosni Mubarak

Algeria closed out the rest of the game to win their first title since 1990.

Senegal, making only their second appearance in the final since 2002, dominated for large periods but struggled to make the most of their possession.

M’Baye Niang was at the centre of two of their best chances as he flashed a fierce drive over the bar just before the break, and rounded keeper Rais M’bolhi early in the second half only to shoot wide from a tight angle.

M’Bolhi also did well to palm over a stinging effort from Youssouf Sabaly.

The decisive moment for Senegal was the reversal of the decision to award a penalty on the hour mark.

Ismaila Sarr’s cross was blasted straight at Adlene Guedioura’s arm, referee Neant Alioum pointed to the spot, but, just as the Senegal players started celebrating the decision, he quickly indicated that a VAR review was under way.

After watching the replays on the pitch-side monitor, which clearly showed Guedioura’s arm being by his side, Alioum reversed the decision.

Although the decision was correct, the result was harsh on Senegal, with Algeria managing only one shot on goal.

The game was billed by many as a battle between Liverpool’s Mane and Manchester City’s Riyad Mahrez, but both were on the periphery of this encounter.

Mahrez’s lack of contribution was largely down to Algeria’s defensive approach after taking the lead, but Mane will perhaps be disappointed with his input.

He was clearly the player Algeria fans feared most – every touch of the ball was met with boos – but he showed only glimpses of his pace and danger on the ball, possibly showing the signs of fatigue following a long season for club and country.

It is 363 days since Mane began pre-season with Liverpool – and he will only have a couple of weeks rest before the new campaign gets under way on 9 August.

Military funeral to be held for Hosni Mubarak