President Nana Akufo-Addo during his swearing-in ceremony on January 7, 2017[/caption] National Youth Organiser of the New Patriotic Party, Henry Nana Boakye has touted the achievement of the government and President Nana Akufo-Addo, stating they e are on track in holding their end of bargain. The President, he argued,  has fulfilling his promises to the people of Ghana and provided more jobs to the youth in several areas since assuming office, for which reason he described him as a covenant keeping person. “We are openly declaring today that the president is a covenant keeping President,” Nana Boakye stated on Monday when he addressed the maiden forum to create a platform for NPP youth executives to trumpet the achievement of the government. Dubbed “The Youth Must Know Series,” Nana Boakye said the forum will “set the record straight, advocate and amplify the achievements of the President and the veep” and also deal with what he termed “the lies” of the National Democratic Congress. 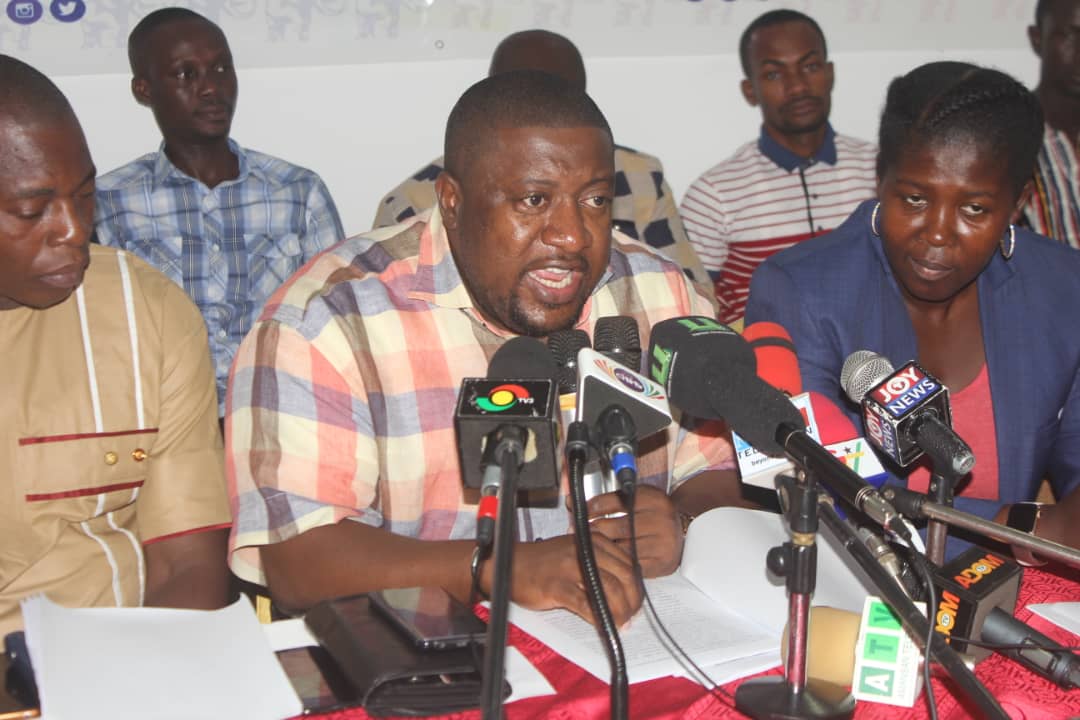 Nana Boakye mentioned the popular free senior high school programme as one achievements of the government that has ensured increased enrolment and provided 8,000 jobs to teachers. He said in fulfillment of the party’s promise to Ghanaians, the nurses and teachers allowances were also restored, stating “104,000 teachers benefitted from restored allowance and 116, 000 midwife and nurse trainees have also benefitted”. He added, “the youth employment agency has engaged 107,000 youth in various modules and an additional 125,000 is set to be engaged this year” Nana Boakye put out more figures to make a case for the government, sating “10,000 beneficiaries were employed under the youth afforestation program, 3,000 Arabic teachers, 882 agriculture extension officers, 3300 youth in digital marketing software and software development” [caption id="attachment_130523" align="aligncenter" width="1080"]

Nana Boakye addressing the forum[/caption] He jabbed the NDC presidential candidate John Mahama for putting public sector employment on hold and failing to provide jobs while Gyeeda was used to perpetuate corruption. “For us the NPP, it is important to remind the Ghanaian youth that under the incompetent John Mahama, public sector employment were put on hold, again the dumsor, dumsor collapsed businesses of young people, so the records are there.

READ ALSO:  Vote for me and I’ll give you permanent jobs – Mahama to NABCo employees
By Yvonne Neequaye|3news.com|Ghana]]>

NPP underestimating anger of Ghanaians; booing Akufo-Addo was a reflection of the mood – NDC

I was disappointed Akufo-Addo didn’t appoint me – Addai-Nimoh

GhanaCard: EC says NIA has assured to address all the challenges by end of the year

The hardship is real; booing of Akufo-Addo is just a tip of the iceberg of the frustration – Stan Dogbe

We owe it to Ghanaians to keep protecting the economy; we...

Otto Addo says Ghana did ‘a lot of good things’ in...