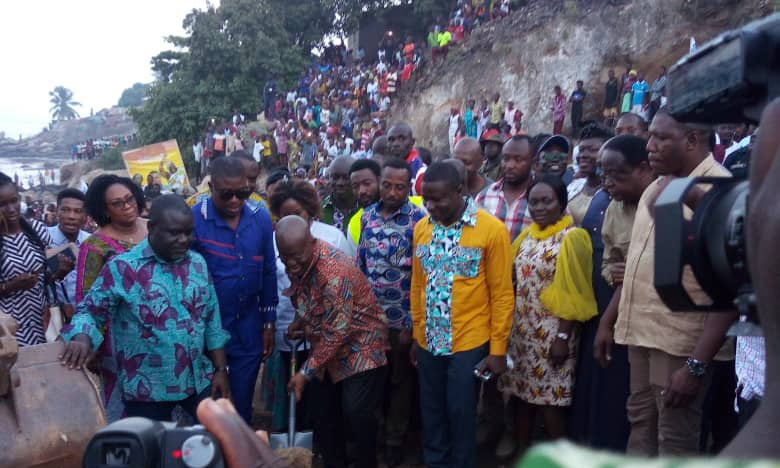 The President, Nana Addo Dankwa Akufo-Addo has cut sod for the construction of a fish landing site at Moree in the Central Region, in fulfillment of a pledge made to the people of the town in the run-up to the 2016 elections.

“The pledge I made in 2016 was not an empty one, and it was not a lie, I knew I would fulfil it, and by God’s grace, we are about to witness the start of the construction of this project, which will lift up the standards of living of the people of Moree,” the president asserted.

The President was speaking on Friday, 26th July, 2019 at a durbar of chiefs and people in Moree where he later cut the sod for the commencement of the construction of the landing site.

The project set to be executed by the China Harbour and Engineering Company over an 18-month period, will involve the construction of breakwater, a quay wall, dredging and ancillary facilities. President Akufo-Addo assured the gathering that the project will be completed within the time frame. 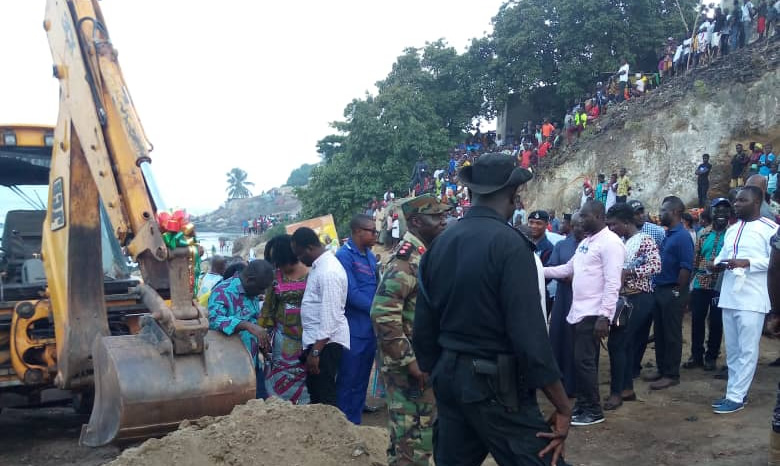 Ursula, Kan Dapaah should have been part of cabinet – Analyst

The president noted that the sod-cutting ceremony is a symbolic one, marking the simultaneous start of the construction of other landing sites in Senya Beraku, Dixcove, Elmina, Mumford, Winneba, Gomoa Fetteh, Teshie and Keta.

“The promises I made to the Ghanaian people, one after another I am going to fulfil each and every one of them,” he assured.

The Minister for Fisheries and Aquaculture, Elizabeth Afoley Quaye, indicated that “the completion of the landing site will help increase the productivity of fishers by providing safe place for berthing of canoes and fish handling.”

The Minister commended the fisher folks for their support during the closure of the sea.

Mahama’s road projects not real; they’re only in the ‘Green Book’ – Akufo-Addo

Ursula, Kan Dapaah should have been part of cabinet – Analyst

Fight against terrorism a collective one; ECOWAS will assist Burkina Faso – Akufo-Addo

Mahama’s road projects not real; they’re only in the ‘Green Book’ – Akufo-Addo