A former New Patriotic Party (NPP) presidential aspirant, Francis Addai Nimoh, is accusing constituency executives of his party in Mampong, the Ashanti Region, of deliberately scheming to prevent him from picking nomination forms and contesting the April 25 parliamentary primaries.

He has, consequently, written to the Ashanti Region Chairman of the party appealing for his intervention.

In his appeal letter dated Tuesday, January 28, 2020, Mr Addai Nimoh said on Saturday when he made contact with the constituency chairman, Luther Asare, to buy his forms, he was told all three sets of forms received on behalf of Mampong Constituency had been sold.

“He told me bluntly that he unilaterally sold the forms without recourse to the Constituency Parliamentary Elections Committee (CPEC),” he stated.

FAN, as he is affectionately called, said though he had paid for the forms in banker’s draft, Mr Asare said he could not obtain additional forms for him.

Efforts to get the Chairman of CPEC in Mampong, Gyasi Nimako, to intervene, he said, proved futile.

“Both the Chairman of CPEC and the Constituency Chairman were emphatic that I could go anywhere that I can find the Nomination Forms to purchase,” the letter narrated.

Mr Nimoh, therefore, said he was appealing to the regional executive committee as per Paragraph 11 of the Rules and Regulations of the primaries to intervene. He had already verbally lodged a complaint with the regional secretary, Sam Pyne.

Francis Addai Nimoh served as MP for Mampong between 2008 and 2016.

He had contested President Nana Addo Dankwa Akufo-Addo in NPP’s presidential primaries in 2014, and was among the five to have scaled past the first round. 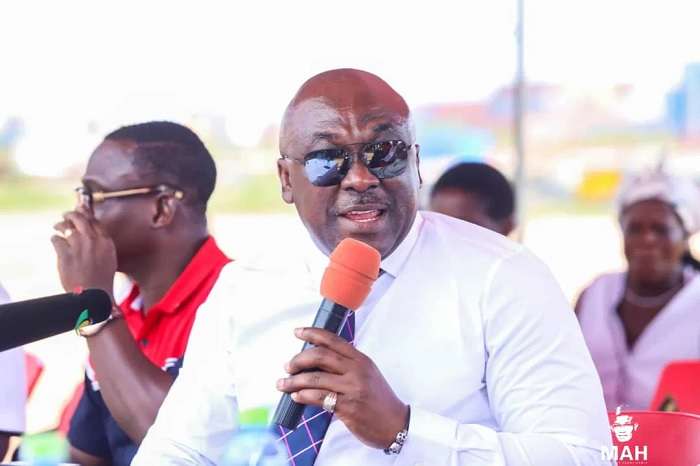 General Secretary of the New Patriotic Party (NPP) John Boadu has described as unfortunate the inspection visit by Member of...