[L-R] Mr. Short, Prof. Mensa-Bonsu and fmr. IGP Acheampong[/caption]Government has set up a three-member commission of inquiry into the violence that characterised the Ayawaso West Wuogon by-election in Accra last Thursday and led to the injury of at least six persons.

The commission chaired by former commissioner of CHRAJ, Justice Emile Short, has been given a month to submit its report to the president Nana Addo Dankwa Akufo-Addo. Vice president Dr Mahamamudu Bawumia took the decision in consultation with President Nana Akufo-Addo who is currently on a three-nation visit to South Africa, United States and Ethiopia. It followed intense pressure civil society groups and the minority in parliament among others for an independent probe into the shooting and brutality by some armed hooded and masked men which have since received wide condemnation. Members of the commission are Prof. Henrietta Mensah-Bonsu and a former Inspector General of Police (IGP), Patrick K. Acheampong. Private legal practitioner Ernest Kofi Abotsi, will serve as secretary to the Commission. [caption id="attachment_113285" align="aligncenter" width="500"] 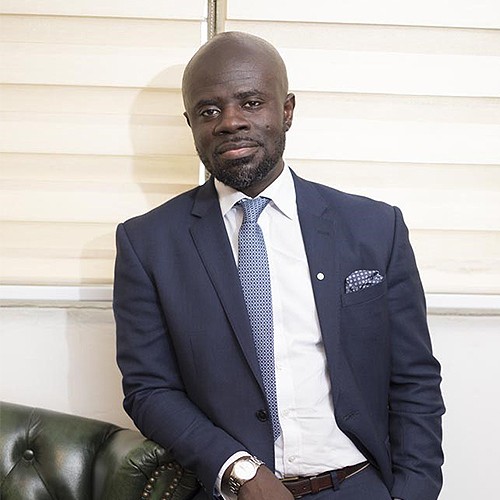 Mr. Abotsi[/caption] Terms of reference A statement issued by the Director of Communications at the presidency, Eugene Arhin, said the commission is: (a)         to make a full, faithful and impartial inquiry into the circumstances of, and establish the facts leading to, the events and associated violence during the Ayawaso West Wuogon By-Election on the 31st day of January 2019; (b)          to identify any person responsible for or who has been involved in the events, associated violence and injuries; (c)           to inquire into any matter which the Commission considers incidental or reasonably related to the causes of the events and the associated violence and injuries; and (d)          to submit within one month its report to the President giving reasons for its findings and recommendations, including appropriate sanctions, if any.
READ ALSO:  90 senior police officers transferred [Check out the list]
Background  Heavily armed men in masks said to be national security operatives stormed a house behind the La-Bawaleshie Presbyterian Basic 1 School polling station where they allegedly fired some gunshots injuring six persons. Some of the men were alleged to have assaulted the Member of Parliament for Prampram, Sam George, for questioning the violent shooting incident that forced the National Democratic Congress to pull-out of the by-election won by the New Patriotic Party candidate. Various civil society groups and organisations including the UN agency for development, the UNDP, have unequivocally condemned the violent acts of the hooded men, and warned Ghana against complacency over its touted peaceful atmosphere. However,  Minister of State in charge of National Security Bryan Acheampong expressed surprise at the wide condemnation of the said security operatives deployed to the Ayawaso West Wuogon by-election. He justified the deployment of the gun-toting national security men to the area during voting hours, stating they were only acting on actionable intelligence which they had been working on for the last month. “I think that at least those who are working to protect the public good deserve some commendation for following up on the intelligence; something that we have been working on for the past one month,” he said. By 3news.com|Ghana]]>

Unprecedented, no govt has tarred more roads in 4 or 5 yrs than Akufo-Addo’s – Presidential Staffer

Borrowing: NPP govt has projects to show for unlike the NDC – Miracles Aboagye