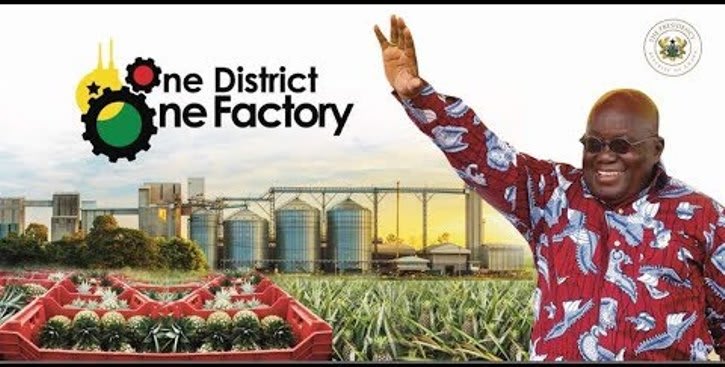 The Association of Ghana Industries (AGI) has expressed worry over the delay in the implementation of government’s industrial programmes.

At its just ended National Council retreat held on February 6-7 in Accra, the AGI reckoned there is the need to step up dialogue with action “in order to gain more traction and wield more influence on policy makers in order to achieve the desirable level of industrialisation”.

The retreat was held on the theme: ‘Transforming the Ghanaian Economy through Industrialisation’.

It marked exactly 60 years since the Association was founded.

AGI’s concerns come in the wake of agitations over government’s promised factories in each district in Ghana under the One-Districe One Factory programme.

The National Council acknowledged that business confidence in the final quarter of 2018 saw an improvement on the previous quarter’s.

But it also admitted that “the Association is worried over the slow pace of policy implementation, making it difficult for Industry to come alive”.

“Industry continues to bear the brunt of high cost of electricity and cedi depreciation, among others,” a communiqué issued at the end of the retreat said.

Find the communiqué below:

The Association of Ghana Industries (AGI), at its National Council Retreat held from February 6 to 7, 2019, in Accra, took a critical look at its core function of advocacy in line with its vision and sixtieth anniversary theme “Transforming the Ghanaian Economy through Industrialization”. In taking stock of its activities over the last sixty years, the Association reckoned the need to step up dialogue with action, in order to gain more traction and wield more influence on policy makers in order to achieve the desirable level of Industrialization.

The AGI National Council noted Government’s determination to get the wheels of Industry moving, yet the kind of business climate and incentives needed to bolster growth for local Industry are yet to be seen. Even though business confidence for Q4, 2018 saw an improvement over the preceding quarter, the Association is worried over the slow pace of policy implementation, making it difficult for Industry to come alive. Industry continues to bear the brunt of high cost of electricity and cedi depreciation, among others. In the light of the foregoing, the AGI National Council resolved on the following to help shape the future of Industry;

AGI will continue to make input into the electricity tariff negotiations with the PURC and the appropriate agencies to ensure competitive tariffs for Industry.

While expecting reliability and efficiency in service delivery and competitive tariffs from the new company to take over operations of the distribution network in southern Ghana, we do recognize the need for a tariff regime that is structured in a manner that the utility service providers can recover cost in order to remain viable. That notwithstanding, the AGI Council notes that Ghana belongs to the high energy cost category of countries in the sub-region, therefore AGI expects that the ongoing discussion on the review of the electricity tariff should take the competitiveness of Ghanaian industry into account. The Council is of the strongest view that, industry should not be made to subsidize residential consumers of electricity as is currently prevailing.

Recent developments in the financial sector in Ghana remain of keen interest to AGI.

We acknowledge the Central Bank’s announcement of the completion of the cleanup in the banking sector and putting measures in place to restore total confidence. Further to this, AGI urges the Bank of Ghana to speed up plans to embark on similar exercise within the non-banking financial institutions to help restore total confidence in the entire financial system. The timeliness of the reforms is vital to protect the integrity of the Ghanaian financial system. In the AGI’s view the overarching objective of these reforms should be to reduce the cost of capital and make it more accessible to industry to spur economic growth.

AGI acknowledges Government’s industrialization plan which is a strategic focus, introducing initiatives such as 1D1F, the stimulus package, development of industrial economic zones and industrial sub-contracting. No doubt these will make significant positive impact and trigger industrial growth if well implemented, especially in the wake of the AfCFTA. However, the Association is concerned about the delay in the release of funds to support the private sector in implementing these initiatives. We call on Government to speed up the process to achieve the noble objectives of these programmes.

We commend Government for the bold initiative of passage of the Fiscal Responsibility Act to ensure prudent expenditure by Government as we exit IMF support. We expect that the tenets of the Act will be strictly adhered to, to maintain macro-economic stability in both the short and long terms.

Closely linked to our budget deficit challenges is the task of mobilizing sufficient revenue for government and it is for this reason that AGI welcomes the introduction of more innovative ways by Government to shore up domestic revenue. We urge our business community to cooperate with the GRA in its digital revenue mobilization efforts to maximize the benefits and mitigate any negative impact.

The growing uncertainty among businesses over what measures Government intends to introduce in its bid to improve port clearance procedures is deeply worrying. UNIPASS, CTN, Cargo disinfection exercise and a number of these initiatives may be well intended but the policy uncertainty, lack of synergy and the debates over which system is best, could undermine confidence in the port reforms and WTO trade facilitation measures being implemented.

We call on Government to review the current straight levy policy as introduced in the 2018 mid-year budget review due to its negative impact of 5% tax burden on Industry.

The re-calibration of the standard VAT rate (17.5%) into a straight levy has become a major disincentive to local manufacturing. Meanwhile, it is the expectation of AGI that no additional taxes will be introduced in the course of this year.

While we commend Government for the passage of the GITC Act, the AGI Council will like to see the Commission begin its work to address alleged cases of unfair trade practices in waiting, including consumer protection in the local economy. Fairness and transparency in the application of measures affecting international trade are important to prevent being a dumping stage for cheap goods from other countries which is central to the growth of the Ghanaian industry and the economy as a whole.

AGI recommends a form of credit certificate to offset outstanding statutory payments due our local contractors who have had to wait for several months. There is also the need for a legislation to cushion Contractors who suffer delayed payments in view of the huge pre-financing costs. Considering the magnitude of this incident which characterizes the sector, such regulation will guarantee the survival of local construction firms and job creation prospects.

We request that the poor coordination of plastic and other waste management efforts by several MDAs be addressed. This is counterproductive and is creating huge cost for the private sector. AGI will like to see an efficient coordination of all the waste management initiatives by Government, possibly through the institution of a National Committee to coordinate all these efforts by the public sector. In addition, monies accruing from the Plastic Waste Recycling Fund, estimated to be in excess of Gh100m, be made available for its intended use.

With the African Continental Free Trade Area (AfCFTA) agreement coming into force soon, Industry is calling on Government as a matter of urgency to help develop local production capacity. This will position Ghanaian industries to fully leverage the opportunities of the agreement, otherwise Ghana runs the risk of being marginalized.

Finally, we reaffirm our commitment to support Government in implementing policies and regulations that lead to the creation of favourable business environment for Industry to thrive. The AGI National Council believes the decisions taken at this retreat will help chart a better path for Industry in Ghana while working closely with Government to build a stronger economy for jobs and shared prosperity.

1D1F: All districts have factories – Coordinator