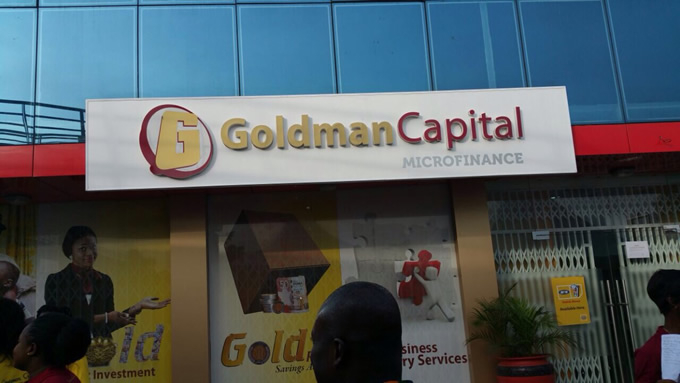 Aggrieved customers of insolvent microfinance company Goldman Capital have issued a two-week ultimatum to the receiver appointed by the Central Bank to pay all monies owed them or else they embark on a series of demonstrations across the country to get their demands met.

Goldman Capital was among the many microfinance companies whose licenses were revoked by the Bank of Ghana after they were declared insolvent.

Addressing a press conference in Tarkwa on Friday, September 20, spokesperson for the aggrieved customers Richard Hasford indicated that during the revocation of the licenses of microfinance institutions, government assured customers that it has secured enough funds to pay all customers monies owed them.

Operate responsibly, comply with the laws – 1st Dep BoG Governor to IT Consortium

“It is important to state that before the revocation, BOG came up with 14 questionnaires among which one of them assured that customers will not lose their investment.”

However, he claimed checks with Pricewaterhouse Coopers and the Bank of Ghana point to worrying and conflicting stories, which indicate funds made available are not enough to pay in full monies owed customers.

Mr. Hasford stated that even though they were assured by the Central Bank that they will be paid in full, the maximum amount paid by the receiver Eric Nipa was GH¢10,000 when scores of them have their investments in excess of that amount.

“What is even more disheartening is that the receiver has told us that we will only receive the rest of our monies after they finish liquidating the assets of Goldman Capital.”

Mr. Hasford stated that the refusal of the receiver to pay their investments in full has brought hardship upon them, since they do not have access to their funds to cater for their needs.

“Our children have been sacked from school. Some of us have been ejected from our homes because we owe rent while others have been bed-ridden with sickness because of locked up funds.

“Pensioners among us have also been rendered poorer. Others have their businesses shut down”.

He, therefore, called on the  Bank of Ghana to instruct the receiver to pay the monies in full since that was what was stated in the questionnaire.

“Government is hereby called upon to do the needful by ensuring that the 23 billion we were told has been secured is made available for payment. We do not want to believe that customers were misled into believing that a payment by BoG through the receiver was better than the payment which was being done by Goldman Capital”.

He warned that “we are by this serving notice and giving a 2-week ultimatum to government for a quick response and to correct the situation or customers will hit the streets to demand our hard earned investments”.

Operate responsibly, comply with the laws – 1st Dep BoG Governor to IT Consortium

Banking sector cleanup was necessary, it saved deposits of over 4.5m customers – Ofori-Atta

Ghana’s economy is on a rebound – Addison