The Attorney General and Minister of Justice, Gloria Akuffo, has set up a committee look into the mass failure of students who sat for the 2018 examination at the Ghana School of Law.

She noted that the mass failure by the law students is of grave concern, which requires urgent attention.

The Attorney General said the Ghana Legal Council has looked at the results of the students and is unhappy about the outcome; hence the decision to set up a committee to find out the reasons for the mass failure.

“When the matter came before the Ghana Legal Council for considerations, the Ghana Legal council decided a committee be set up to find out the real causes; the high rates of failure, because it appears this year’s is worse than last year and there must be some reasons why this is occurring,” Ms Akuffo said.

Ghanaian lawyers work as solicitors and barristers at the same time; it must stop – Supreme Court judge advocates

Ghanaian students adjudged best at The Gambia School of Law

She said the cause of the mass failure cannot be easily blamed on the students for not studying, and that there could be a number of reasons which the committee is expected to investigate.

Ms Akuffo said the perspective of student, lecturers, and examiners will be sought in order to identify the real causes with the view of remedying the situation.

The AG also stated that if more schools of law are established, that could help solve the challenges being faced by the school now.

Although she could not confirm when the work of the committee will be concluded, she expressed confidence in a conclusion being reached within the shortest possible time.

“I’m not able to give a timeline, but I think that by the time the General Legal Council would be meeting this month, a report will come up for consideration,” she stated

This year’s law school entrance exams saw just 64 out of 525 students passing the exams, making it the worst record in the school’s history.

Following this year’s development, the Students Representative Council on Tuesday, March 5, 2019 petitioned Parliament to intervene, citing a number of challenges with the independent examinations committee.

It is on the back of this petition that the Attorney General has come in to set up a Committee to investigate the matter.

R Kelly back in jail in child support case

Ghanaian lawyers work as solicitors and barristers at the same time; it must stop – Supreme Court judge advocates 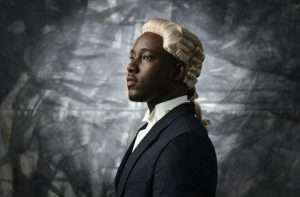 Ghanaian students adjudged best at The Gambia School of Law

R Kelly back in jail in child support case