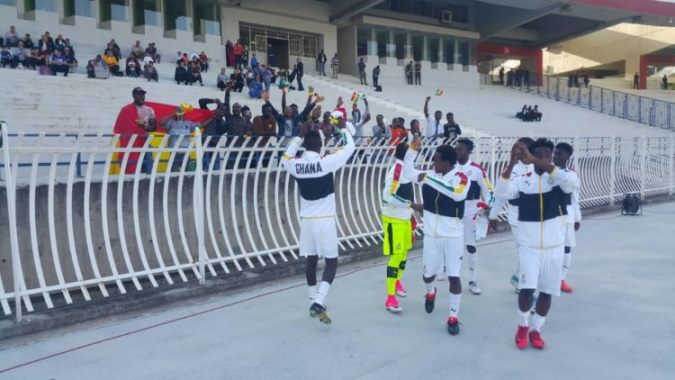 Ghana’s opening game against Burkina Faso in the Africa U-20 Cup of Nations had to be postponed to Monday from Sunday due to a technical fault with the floodlights.

The weather in Niger also made visibility poor at the Stade de Maradi.

Senegal had beaten Mali 2-0 in the opening Group B game but the match between neighbours Ghana and Burkina Faso had to be called off by Mohamed Ali Moussa, who was going to be the first Nigerien to referee a game at the tournament.

My target is to play in France – Danlad Ibrahim

Each Black Satellites player to pocket $10,000

The match will be played at an earlier time – on Monday – than was previously scheduled.

Ghana’s Black Satellites are seeking a fourth title in the history of the tournament, having won in 1993, 1999 and 2009.

My target is to play in France – Danlad Ibrahim

Each Black Satellites player to pocket $10,000

Satellites team of 2009 better than this one – Agyemang Badu