Sadio Mane donates £500k to build hospital in his hometown

AFCON qualifiers to be played behind closed doors 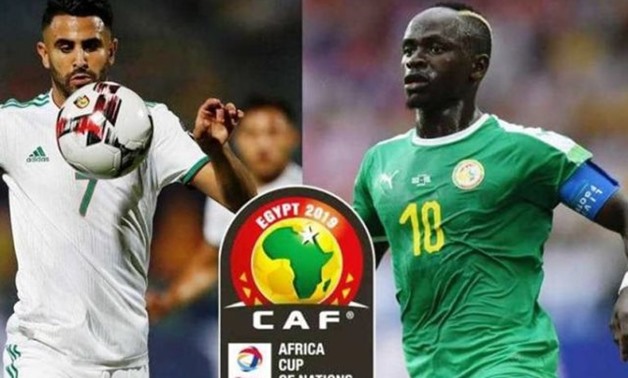 Algerian football has been to the doldrums and back. For 29 years, the Desert Foxes ‒ the pride of the nation ‒ have wandered in the wilderness, seeking to reinvent themselves and fall in line with modern trends of the way the game is played.

The country has been blessed with some very good players – Rabah Madjer and Riyad Mahrez the biggest examples of the quality of talent the country has produced. But a string of poor managerial appointments led to their relative inefficiency on the big stage.

Algerian football has been to the doldrums and back. For 29 years, the Desert Foxes ‒ the pride of the nation ‒ have wandered in the wilderness, seeking to reinvent themselves and fall in line with modern trends of the way the game is played.

The country has been blessed with some very good players – Rabah Madjer and Riyad Mahrez the biggest examples of the quality of talent the country has produced. But a string of poor managerial appointments led to their relative inefficiency on the big stage.

The past two years have been one of the darkest times in football for the country. They suffered a first-round exit at the 2017 Africa Cup of Nations, failed to qualify for the World Cup even though they had been named favourites in a group that contained Nigeria and Zambia, and have gone through six coaches within the two years since alone.

Notable among them: the legendary Rabah Madjer. It got so bad that the national football association chief, Kheireddine Zetchi, declared that Algerian football was “sick” just a few months ago.

Fast-forward to this tournament, and they have made their way to the final. And the whole success now rests on the shoulders of one man, Djamel Belmadi.

Belmadi’s appointment was met with excited approval by the people who believed long ago that he would be the man to take them over the line. He is a quintessential man of the people.

Belmadi described the Algerian job as the biggest of his career and one he has always been striving to get his hands on. “I coached in Qatar, I played for the Algerian national team and was captain.

But it was presumptuous to assume I would one day have the job, because it was the Holy Grail for me,” he said after he was appointed.

“I am still young to prove myself, but it came naturally.”

His quick rise has been linked largely to his vast knowledge of the game, his meticulous way of work, an eye for a good player, trust and an aura that unites everyone in the team.

Algeria came into AFCON 2019 not knowing what to expect on the back of how things have turned out in recent years for them.

But they have been the best team by a country mile, scoring the most goals, making fewer mistakes in defence and bridging the gap between midfielders and attackers well.

In the quarter-final against Côte d’Ivoire, they struggled to break things down but the semi against Nigeria proved a different story.

They left it late, but in the end it was great: Mahrez, arguably the best player at the tournament, coolly slotting a free kick in with virtually the last kick of the game.

The level of excitement from the players and the joy in Belmadi’s eyes told a story of how long the country had waited for this.

“I am not a politician or a magician. I cannot promise that we will win the AFCON,” he said at the press conference after the semi-final victory. “With God’s help, we will do our best to win.”

Searching for a hero

The Algerian football story and their journey to becoming finalists at AFCON almost matches that of their fellow finalists, Senegal. The Téranga Lions have long been one of Africa’s biggest perennial underachievers.

Like Algeria, Senegal have had some very fine players who usually play club football, mostly in France or England for teams such as Liverpool, Portsmouth and Everton, but they have earned little success from all of this.

This raises the question of whether the players are more committed to their club than their country of birth. Aliou Cissé’s appointment in 2015 changed all that.

For two years before the former Senegalese captain got the job, Senegal had the Frenchman Alain Giresse, whose journeys across the African continent had brought him little success. The Lions’ football had grown stale. They needed a direction, a sense of identity, and in Cissé they seem to be on the right path.

Cissé captained the Téranga Lions in their most successful year – 2002. That year they made the final of the AFCON, only to lose to a star-studded Cameroonian team with Patrick Mboma and Rigobert Song at the peak of their powers.

Boys from the banlieue

The most amazing twist to this story is that the two coaches, Aliou Cissé and Djamel Belmadi, grew up in the same area in the suburbs of Paris, both spent time at the city’s club Paris Saint Germain, and both captained their nations at the top level.

“It is great that me and Cissé are in the final,” Belmadi said after the Nigeria game. “It is a message to football administrators in Africa.

“I have known Cissé for a long time. We came from the same neighbourhood in France. The only difference is that he has been with his team for four years and I have been here for only a year.”

It is much like the US Open tennis final which featured the childhood friends Sloane Stephens and Madison Keys in 2017. Such final games can go anywhere, purely because of how well both men know each other.

The photos and clips from fans in Algeria and Senegal after their semi-final wins have been heart-warming. People sitting on car roofs, singing at the top of their voices and fans dancing have flooded social media, in a bid to rile the players who are locked in training camps 30 kilometres apart in Cairo.

Algeria, who won their group stage match against Senegal, are hoping they can have another one over them in the final, but they know it won’t come easy. Former players from both countries are also backing their countries to glory on Friday.

“I am sure it is going to be a good final because the two best teams are going to play and we were in the same group,” said Senegal’s legendary striker El Hadji Diouf. “They beat us and now we have to be clever than just saying we will beat them, because they are a very good team.

“We have to play the final with our head, to be intelligent and try everything to win the cup.”

For Senegal it will be their first ever AFCON title – it they win it. And the players know what awaits them in their home country if they do. Many of these players will have their names inscribed in the annals of Senegalese football folklore for ever. For Aliou Cissé, it will be a dream come true, a fulfilment of what he could have achieved when he was a footballer.

In Sadio Mane, the Téranga Lions have a potent leader of the pride and they will be counting on him ‒ as they have done throughout the tournament ‒ to deliver the goods.

Mahrez will have the same job on his hands for the Desert Foxes, but he will be ably assisted by Youcef Belaili, who has been instrumental, Adam Ounas, who has been a revelation, and Baghdad Bounedjah, who has been a thorn in the flesh of many opponents at this tournament.

Two childhood friends in a final on Africa’s biggest football stage. I don’t think it will ever happen again out here. Certainly, it’s a rare moment in football.

Sadio Mane donates £500k to build hospital in his hometown

AFCON qualifiers to be played behind closed doors