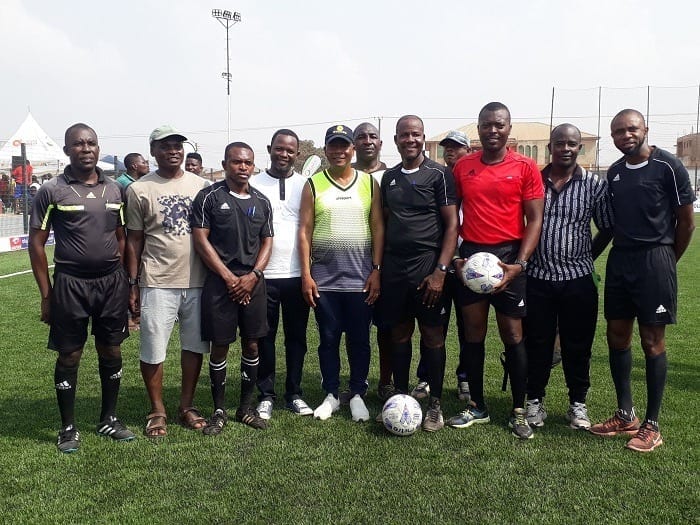 In all, 14 teams took part in the maiden edition as they vied for the bragging rights.

Media General played with One Corner FC in the curtain raise. The select side from the Adentan community emerged victorious.

The Adenta Youth team won the ultimate trophy after beating Vision FC 3-1 in the final and were awarded football kits and a trophy.

Addressing the teams after the final, General Manager of MG Radio Francis Doku said this initiative is a way to help develop talent and also to use football as a peace tool before the election.

“Football is very important for Ghanaians and so we want to use this as a peace tool to bring us together to foster unity.

“A lot of talent have been showing here and we are delighted that this initiative will to continue in the other community within this year.”

Member of Parliament for Abokobi-Madina Saddique Abubakar Boniface commended Media General for the initiative and pledged his support to host the tournament in the subsequent editions.

“We need to sit down as organisers to plan about this because I would prefer these games to be done every quarter of the year.

“I am very sure if you (Onua Fm & Onua TV) send this idea to the other constituency, Accra will be the venue of attraction and everybody would get the opportunity to see the talent we have in the country.”

Breakout Energy Drink made a presentation to all the teams before the commencement of the event.

As entertaining as organised community games go, this was thoroughly enjoyable as the gathered crowd took it all in.

The Onua FM and TV Community Soccer Gala could soon be at your doorstep with the tournament being rolled out in several venues across the country.

Without a doubt, ladies have their opinions and perspective to every topic, situation or issue. And as some may argue,...

It was a special celebration of mothers on Onua TV as the world threw the spotlight on mothers on Sunday,...

CSSPS accepts to place 25 Akropong School for the Blind students