Government is likely to leave the country’s vice presidential residence to rot away as it has now emerged there are no immediate plans to resume construction work on the 13.9 million-dollar project. Started under the previous administration, construction work on the project was halted in 2017 due to the huge amount the Akufo-Addo government said is involved in completing the building to house Ghana’s vice president. Vice president Dr Mahammudu Bawumia in January 2017 revealed the building was costing the taxpayer 13.9 millon dollars and questioned why the John Mahama-led government awarded a sole-sourced contract for vice presidential building at such a whopping amount. “…Can you believe in Ghana we are building a house to house our vice president and this house is supposed to cost US$13.9million? I mean what sort of house is this supposed to be? I mean is the gate made of gold, the pavement of gold, the blocks of gold?” he asked. For him, that amount could construct several boreholes across the country to provide potable water to the people. Almost three years after the project was abandoned by the contractor on grounds of government indebtedness, not much has been said of it by the government. Asked about the status of the project during a tour of Media General Tuesday, Information Minister Kojo Oppong Nkrumah said he has not received any government communication to the effect that work on the project will resume anytime soon. “I don’t have a brief that suggests that of the major expense items that we need to immediately get off the table, it is listed as one of the major expense items,” Mr Oppong Nkrumag told Media General journalists during an interaction session with them as part of his tour. [caption id="attachment_130562" align="aligncenter" width="831"] 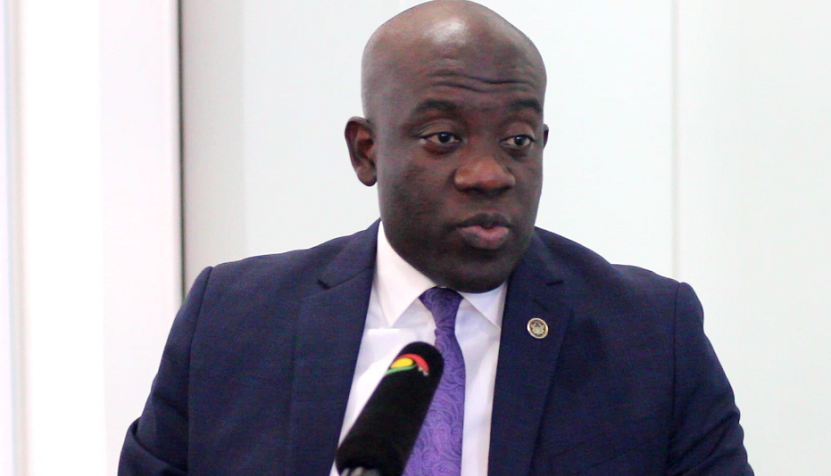 Mr Kojo Oppong Nkrumah[/caption] He said what government is concerned about at this time are road infrastructure, education and health among other critical areas of the economy, suggesting the vice presidential residence is not on the table of government. “If I look at the major expense items, it’s roads, Senior Highs Schools, infrastructure, medical facilities etc. These are the ones that are priority on the list at this point in time,” he indicated. Pushed further to know what government’s plans are for the project, which stands deteriorating day by day, Mr. Nkrumah insisted it is not on government’s current list of projects. “I don’t have a brief that say it’s on the list of expenses we want to incur at this point in time”, he insisted.

READ ALSO:  Oppong Nkrumah calls for support for young entrepreneurs
Gov’t to build capacities of journos Meanwhile, the Mr Oppong Nkrumah has among other things, announced plans by the government to help enhance the capacities of journalists through what he called the Media Capacity Enhancement Programme. He said it is on government agenda to have a consolidated mechanism for the safety of journalists in the country. The tour The Minister’s tour of Media General and the Despite Group of Companies is part of a nationwide exercise to continuously engage with the media as part of efforts to deal with emerging issues in the sector. He led a delegation from his Ministry including his deputy, Pius Enam- Hadzide. By P.D Wedam|3news.com |Ghana Follow @pdwedam]]>