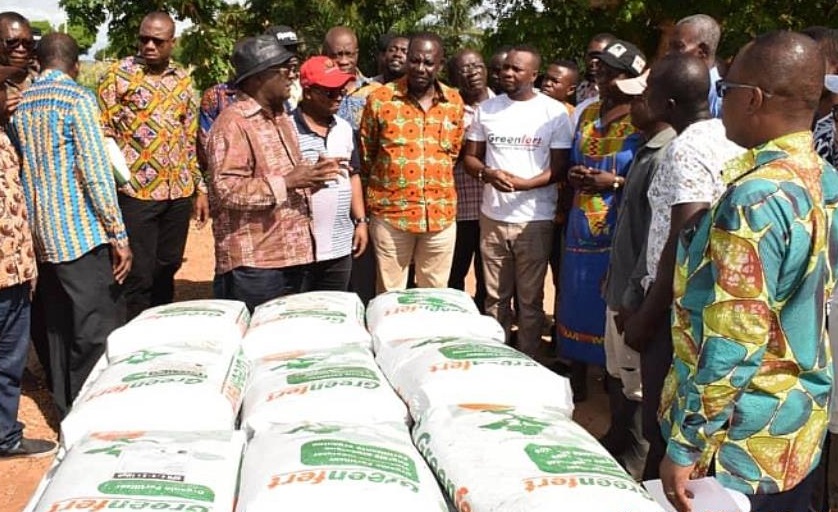 Nine Municipal and District Assemblies have with immediate effect been banned from engaging in the retail, haulage and distribution of subsidised fertilisers for government’s Planting for Food and Jobs programme. They are Bawku Municipal, Bawku West, Garu District, Pusiga and Tempane Districts in the Upper East Region, Chereponi in the Northern Region and Saboba District in the North East Region. The rest are Sissala East and West districts of the Upper West Region. The decision to ban the nine districts was taken last week on the back of constant reports of infractions, misappropriations and alleged smuggling of the government’s subsidized fertilisers to neighbouring countries. This was after an exhaustive meeting between the Minister of Food and Agriculture, Dr.  Owusu Afriyie Akoto and the regional ministers for Northern, Upper East and West regions. “Henceforth all subsidized fertilisers earmarked for the above mentioned districts and municipalities will be deposited at the various district offices and will be given directly to farmers without intermediaries,” Dr Afriyie Akoto said. In line with the ban announced by the Ministry of Food and Agriculture, all companies contracted to supply the inputs to beneficiary farmers in the affected districts are to now deal directly with the respective Municipal and District Directorates of Agriculture. The directives have subsequently been communicated to all fertilizer dealers and suppliers operating with the Ministry under the PFJ programme during a stakeholder meeting on Monday in Accra. “We have therefore informed all our suppliers to liaise with the respected assemblies to implement the directives without delay,” Dr.  Afriyie Akoto said. The Minister explained the move was a stop gap measure to curb the activities of fertiliser smuggling and ensure equitable distribution of the inputs to farmers. “…all beneficiary farmers are expected to pick their inputs directly from the District Directorate of the Ministry of Food and Agriculture and not from retailers designated by the supplying companies,” he indicated. He pointed out that the directives did not apply to fertilisers which were already in stock,  adding that suppliers who already have stocks at the various retail warehouses will be permitted to distribute them to farmers. Dr.  Afriyie Akoto further added that all persons arrested in connection with the alleged smuggling and misappropriation of the inputs under the programme are being investigated and will be put before court once investigations are concluded. Meanwhile, the Ministry has clarified the suspension of one of the suppliers of the fertiliser, Demeter Ghana Limited, stating the company did not engage in smuggling but only breached modalities in the supply and distribution of the inputs. “We wish to clarify that the action of the company only amounted to breaches of the rules and regulations governing the implementation of the programme. “Per the modalities, waybill covering all fertilisers being moved from one place to another must be verified and approved by the Regional Minister and the MMDCEs,” it said. However, in the case of the said consignments, the management of Demeter failed to comply with the laid down modality but there are no evidence of attempted smuggling.

Homegrown economy, one that is owned and managed by Ghanaians is needed immediately – Bankers

Ghana is building an integrated bauxite and aluminium industry; processing more of our cocoa – Akufo-Addo