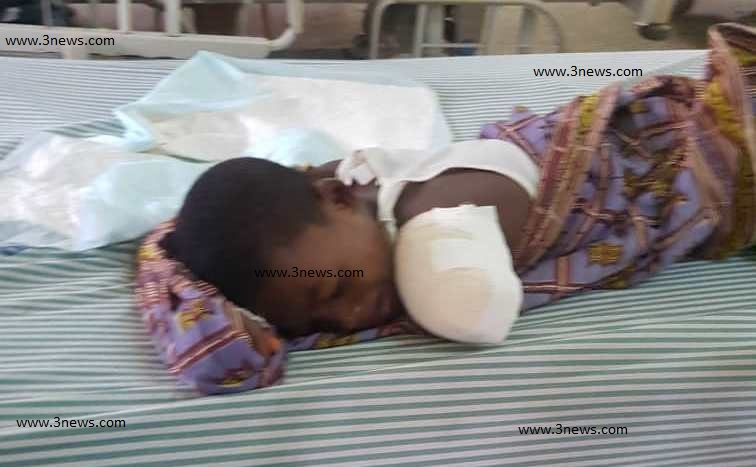 A pupil of the Kojokrom Methodist Basic School, Massawudu Iddrisu, 8, had a slight fracture on Monday, January 21 when playing with his friends after school.

He was rushed to the Effia Nkwanta Regional Hospital for attention but after relatives including his mother, a divorcee, were asked to go for an X-Ray and bring the result for further attention, nothing had been heard from them.

According to his mother, they had heard of a Sekondi-based herbalist, who could treat the fractured limb overnight.

The family, therefore, sent the boy to the herbalist who applied some herbal medicine to the fractured limb.

But the limb started to decompose after three days.

The poor boy was rushed back to the Effia Nkwanta Regional Hospital but it was too late.

The limb was amputated on Wednesday, January 30, as confirmed by Dr Sampson Sarpong Peprah, who is the Orthopaedic Surgeon and the Clinical Coordinator for the facility.

“There was nothing we could do than to amputate the hand to save the boy’s condition from getting worse,” Dr Peprah stressed.

Little Massawudu looked so traumatised as he interacted in his Hospital bed with Connect FM’s Nhyiraba Paa Kwesi Simpson.

He believes he would soon recover to continue his schooling. 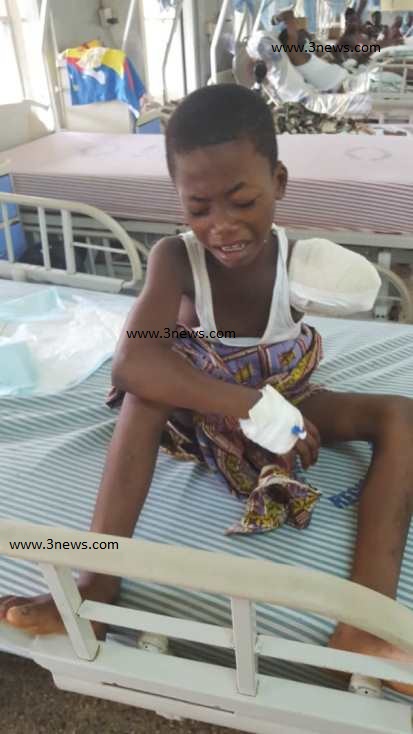 “I am feeling better now than initially when I was brought here,” little Massawu remarked in a very fainted voice.