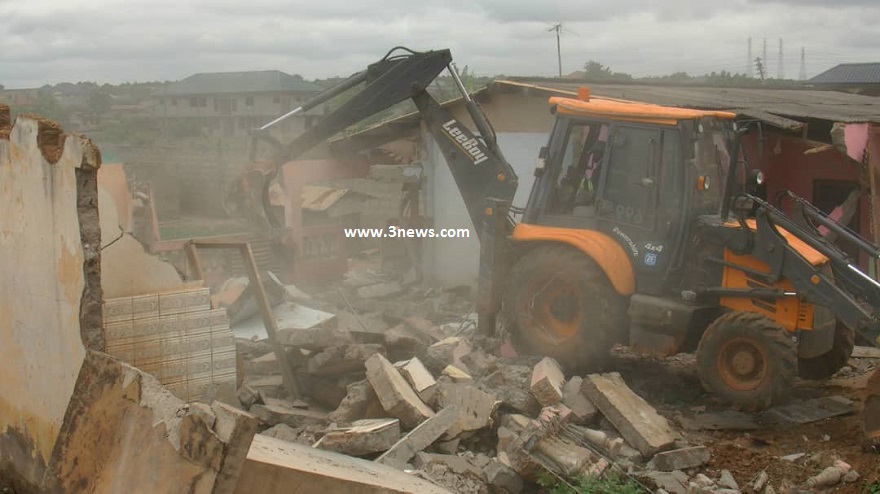 More than 100 residents of Ablekuma, a suburb of Afienya in the Ningo-Prampram district, have been rendered homeless as their buildings have been demolished to pave the way for ongoing railway project in the area. At least 30 of the about 60 buildings earmarked for demolition were pulled down Tuesday by the Works Department of the Ningo Prampram District Assembly and the Ghana Railway Development Authority. Eleven more structures were demolished Wednesday morning with authorities hoping to complete the exercise by close of day, our correspondent Josephine Frimpong reported. The affected residents, according to the Railway Development Authority, defied eviction notices served them. They were said to have firs been given up to September 3, 2019 to move out but the period was extended to September 27 to give them enough time.

Our correspondent reported that residents wailed as their buildings, some of which are newly built, were razed down by three bulldozers as they looked on helplessly. Some of them who were at work rushed back home on motorbikes to secure their personnel effects. Before a building is demolished, occupants are allowed some time to remove their movable items. 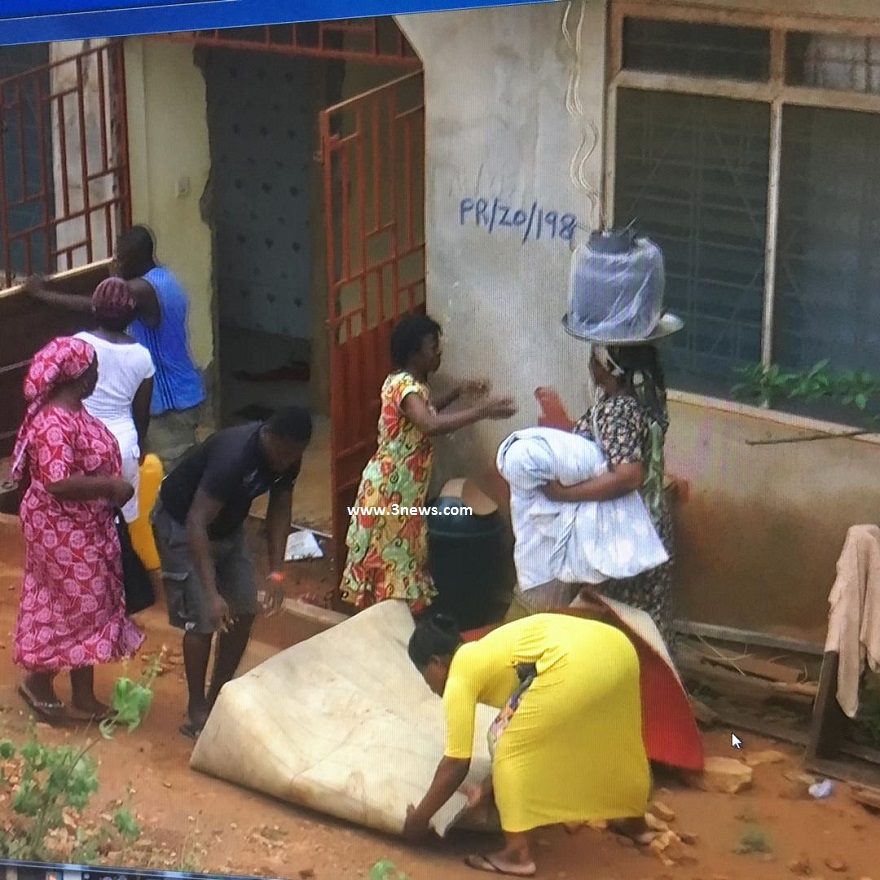 “They have encroached [on railways lands], Assistant manager in charge of corporate affairs Ghana Railway Development Authority Maame Yaa Agyaa Ayesu said. Asked whether the residents have been compensated she said it is those whose lands were taken that were compensated. 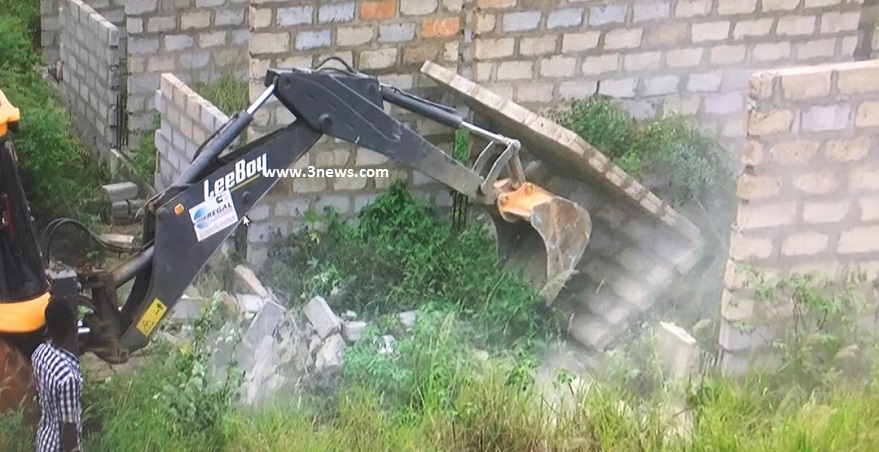 “The new acquisitions we’re paying for” she said, indicating that the Lands Commission did the evaluation and handled all the compensation. She added that all the affected persons have duly been compensated.

READ ALSO:  Andani chief's arrest unacceptable - Yaa Naa’s nephew
Background The Tema-Mpakadan Railway project is being funded by the Indian EXIMBANK and was originally estimated to cost about $400 million and expected to terminate at Akosombo in the Eastern Region but had been redirected to end at Mpakadan The decision to redirect the line was taken because the original design which had the rail line terminating at Akosombo posed a threat to the more than 50-year-old Akosombo Dam. AFCONS Infrastructure Limited, a subsidiary of Shapoorji Pallonji Group, is India’s third largest construction company and was awarded the contract on July 2, 2018. The project variation meant that the standard railway line from Tema to Mpakadan on engineering, procurement and construction (EPC) basis has been expanded from 85 km to 97.3 km. By 3news.com|Ghana]]>