My friend got married some months ago. She wanted her day to be very special just like any other lady on her wedding day. I was part of the wedding plans from day one and I loved the zeal and energy she put in to see the wedding happened. She told me “Carol, I’ve been reckless in so many things but this is one moment I can’t afford to be reckless about” and she was right.

At some point, we both had to sit down and assess what can be included and what cannot be included. At first, we made a list of twenty things we wanted to do on the wedding day but then something happened…

The two questions we kept asking were; “Do we really NEED this before we could have a SUCCESSFUL wedding?” and “Who will care if this does not happen?” In the end, we realized we didn’t actually need these…

Above everything, my friend wanted to show her real face to her husband. She said “He’ll lift the veil and I want him to see the face he fell in love with. I’m beautiful and I want him to see that.” I told her “girl you are beautiful but a professional makeup artist would enhance your features and bring out the hidden queen in you. You need to be his queen.” And then he asked, “Does he need a makeup to be my king?” We both burst out laughing as I watched her cancel out the services of a makeup artist from the list. On her Wedding day, she did her own makeup—the usual makeup she does every day and she looked stunning.

The easiest thing to cancel out was the invitation card. There were a lot of different ways to reach our guest and they were all free so we thought of sending a few invitation cards to some selected special people but that was also canceled. Rather, we decided to put a call through to these special ones and inform them and even told them we would send them a reminder a week before the event. All other friends were reached through social media and through Whatsapp text messages. “Who will care if we didn’t send out invitation cards?”

I was the first person named on the bridesmaid list. My friend wanted me closer to her on that special day. I wanted to be next to her too, in my shinny bride’s maid gown and smiling as the cameras flash. Then the question popped out, “Do we really need this to have a successful wedding? I didn’t talk. I knew the answer already but I wanted to be next to my friend on her beautiful day.

Like she already knew what was on my mind, she said: “You can be next to me without necessarily wearing a shiny purple dress and in a company of others.” Truly, I wouldn’t need anyone to wipe my face, I can do it myself. Must you be there?” I didn’t answer. I watched her as she canceled out the bridal train from the list. It felt like a knife through my heart but she was right. We planned on having six bridesmaids and six best men, two flower girls and a boy to be the ring bearer. The wedding happened without them.

“The thing is, everybody will know we don’t own those cars. Most people know the car I use and the car my boyfriend uses. Don’t you think they’ll forgive us if we use our own cars for the wedding?” I answered, “They will not miss anything. A car is to convey the bride and the groom to the church and back and yours could do that perfectly.” That was the end of discussion on the matter of wedding convoy. It was so easy to cancel that out. They both have their own cars and since they wouldn’t need twelve bride’s maid and best men, their cars were just enough for the occasion.

I said “don’t let us discuss this. We need a cake. Huge cake for that matter.” “But who will care or miss it if we don’t cut a cake?” she asked. I answered loudly “I will!” Honestly speaking, I don’t even like cake and I hate the icing on them but I wanted a huge cake for cosmetic reasons and the symbolism behind it but my friend was looking for essence and not symbolism. She wanted to know the damage it would cause for not having a cake at the wedding and we couldn’t find any. She, therefore, struck it out from the list. My heart broke to pieces. I screamed in my head “Who does a wedding without a cake?”

There were some items on the list we didn’t discuss because we found them as untouchable. We just looked at them and skipped to the next because we both agreed on its importance. Photography was one of those things. After we’ve done all the cancellations and selections, we went back to look at the things we’ve selected. I would mention the name of the item and my friend would write it down. I mentioned photography and she was hesitant to write.

She said “wait…do you really really believe that we need to hire a professional photographer?” I answered, “don’t let us drag this. Who does a wedding without a photographer? You will need to preserve the memories.” She was about to write it down until she looked at me again and said “we need photos. We need a photographer but do we need to hire one when phones can do a good job?” I was getting the picture she was trying create but I insisted and she wrote it down

On the wedding day, I saw no photographer. This is what she did; she asked ten of her friends with good phones to capture the occasion for her. Three were tasked to take only videos as the others take photos. After the wedding, she sent messages to all other friends who were present to mail to her the photos they took. Trust me, she had awesome photos. You can’t compare that to professionally taken photos but they serve the purpose of capturing and keeping the memories of the occasion. Most wedding photo albums are left to gather dust anyway, so why pay so much?

Now, if you are going to have your wedding anytime soon, think of cutting these from your list and let’s see how much you’ll save, a lot of money. You can be happy while paying less. When you stop sweating the small stuff and pay attention to what really matters, you can still have a beautiful successful wedding. After all, beautiful marriage is the ultimate goal and not a beautiful wedding. 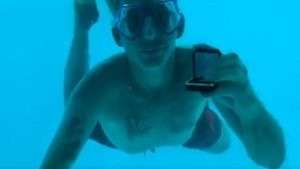