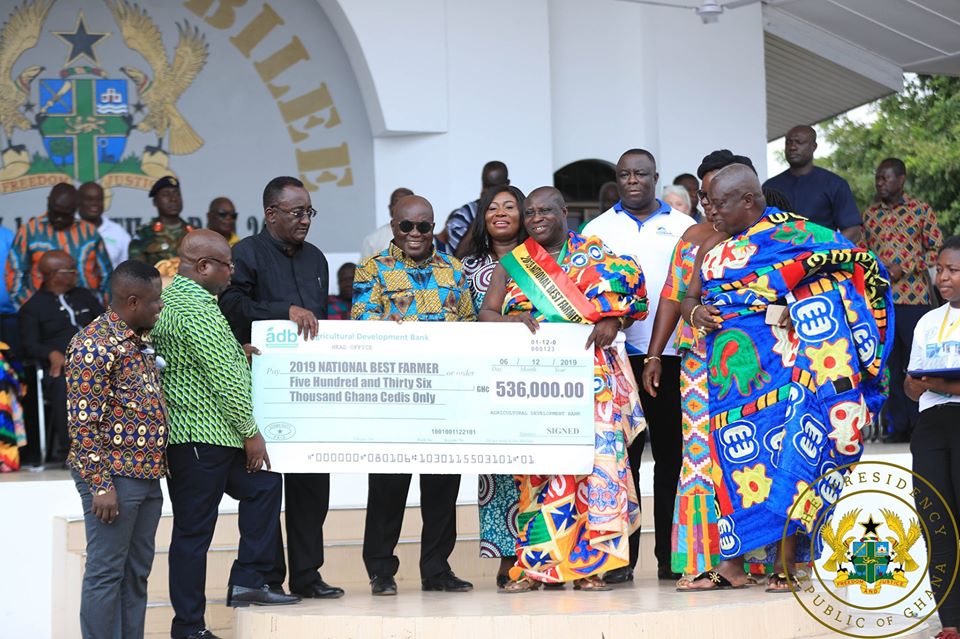 Fifty-eight year-old Mr Charles Gyamfi from Tano North in the Ahafo Region has been crowned the 2019 National Best Farmer at the 35th National Farmers’ Day in Ho.

He took home a cheque for 536,000 cedis from the Agricultural Development Bank, presented to him by President Nana Addo Dankwa Akufo-Addo.

He is said to be regarded as a unique person, who supports the development of his community and has employed 158 workers.

Mr Gyamfi said he would use the honour to motivate young farmers and help ensure food security.

Nana Yaw Sarpong Siribuo, from Juabeng in the Ashanti Region is the first runner-up and Mr Abdulai Antiku Seidu from the Upper West Region, the second runner-up. 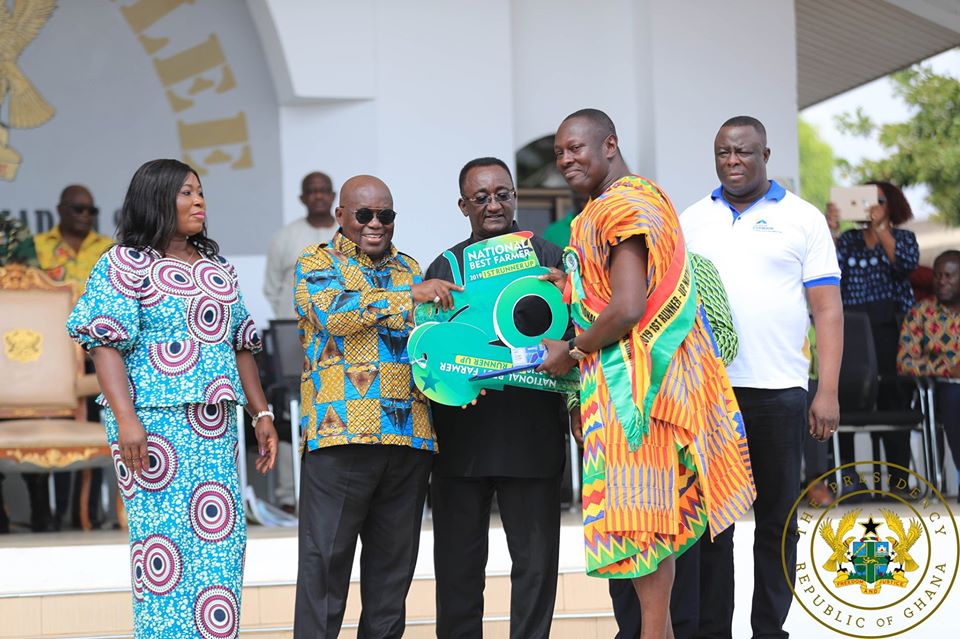 A total of 127 other winners from across the country at the regional and national levels were honoured. 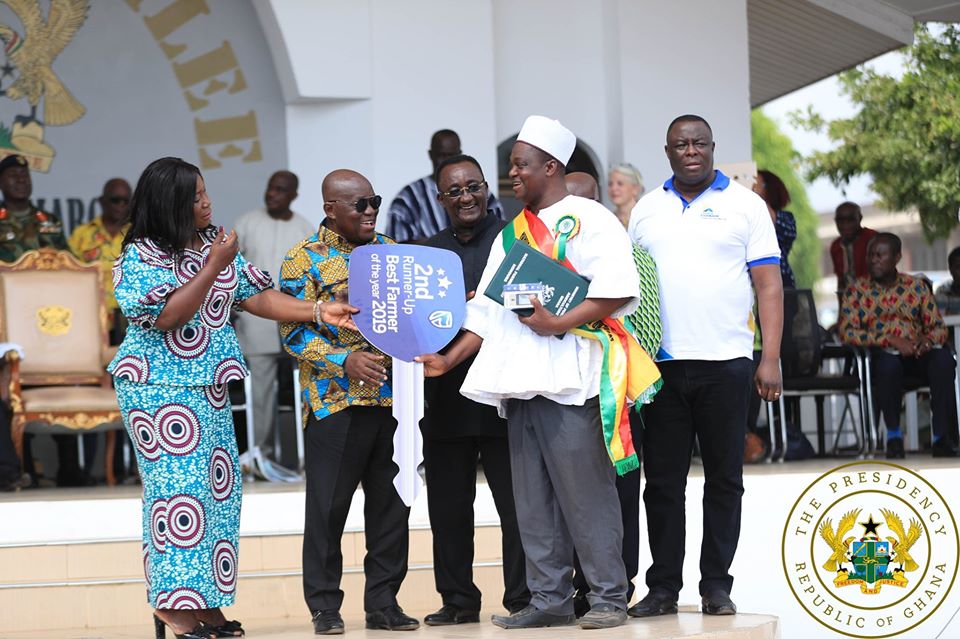 President Akufo-Addo in an address reiterated the call on the citizenry to eat local rice.

He said attaining self-sufficiency in rice production meant the country was experiencing breakthroughs in agriculture and necessary that citizens’ eat local foods to motivate farmers and grow the local economy.

The President encouraged farmers to take advantage of government’s intervention policies to move away from subsistence farming to commercial agriculture.

He said the agricultural sector would remain pivotal in the socio-economic development of the country and stated the resolve of government to prioritise the sector.

He said the successes of the sector brought new challenges in the area of mechanising some farm operations and marketing harvested produce.

The Minister mentioned another challenge as climate change and advocated smart agriculture.

Madam Elizabeth Afoley Quaye, Minister for Fisheries and Aquaculture hinted that next year the fishing closed season would span two months for desired results and said Ghana would soon introduce biometric canoe identification, first in West Africa and called for support of all.

Mr Davies Naah Korboe, Chairman of National Farmers and Fishermen Award Winners Association of Ghana and some farmers in an interview with the GNA asked government to re-introduce the regional Farmers Day celebrations.