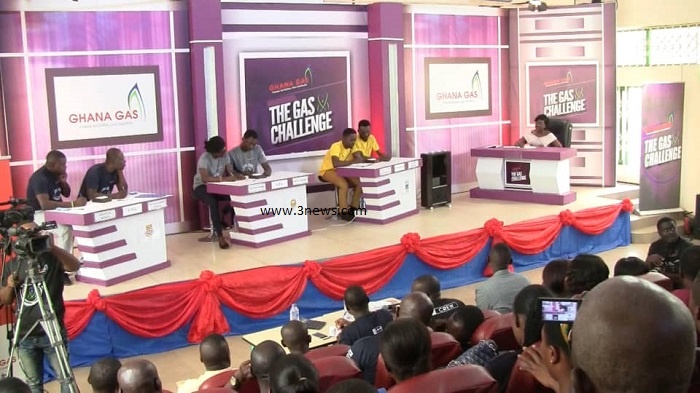 The Ghana National Gas Company Limited has awarded scholarships to 45 needy but brilliant students in the Tarkwa Nsuaem Municipality in the Western Region to continue their tertiary level education.

The scholarship is part of efforts by the Ghana Gas National Company to demystify misconceptions about the gas industry particularly among students at all levels.

Municipal Chief Executive for Tarkwa Nsuaem Gilbert Kenneth Asamah disclosed the company’s gesture at the University of Mines and Technology (UMaT) in Tarkwa during the Zone II tertiary institutions’ edition of the Gas Challenge quiz competition.

The Ghana National Gas Company’s Gas Challenge is a quiz competition which is primarily aimed at deepening the knowledge of stakeholders, academia and the general public about the gas industry.

The quiz format is to introduce fun to a concept traditionally considered an industrial exclusive knowledge.

Mr Asamah expressed the hope that the competition will not just identify winners and reward them but for all participants to ultimately become avowed advocates “who would become stakeholders in the gas industry within the near future”.

Chairperson of the Gas Challenge Planning Committee Augustina Asare Osei stated that the competition is also to bridge the gap between industry and academia.

“What [Ghana Gas have] realized is that when these students come to industry, there is a big gap especially when it comes to the practical experience. And so, we want to use the competition as a form of introduction while going ahead to offer them internship opportunities.”

She indicated that “going forward the composition of the competition will change”.

“We may not do the question-and-answer format but come up with a problem facing the gas industry and throw it to tertiary institutions to come up with a solution. Then after, a panel will reward the best solution. Base on other suggestions, we will also do that of the media separately.”

The two all-male contestants from UMaT from the get go made their intentions clear as they answered all questions posed to them in Round Oe. They will go ahead to answer all questions for Round Two and Round Three as well.

The contestants from UMaT continued their dominance in rounds 4 and 5.

The UMaT team in an interview after the quiz said they kept studying the materials given them very well.

In the Zone I contest, University of Ghana won.

The next phase of the competition is heading to the Kwame Nkrumah University of Science and Technology.

I was told women shouldn’t stand for elections but…

I was told women shouldn't stand for elections but...