Emirates, a global connector of people and passion will from on Monday September 9 commence the 3rd edition of the Emirates Football Challenge in Ghana. The three weeks football trivia competition which will end on September 30 will provide a platform for young football athletes and enthusiast in Ghana the opportunity to showcase their football knowledge to a regional audience. 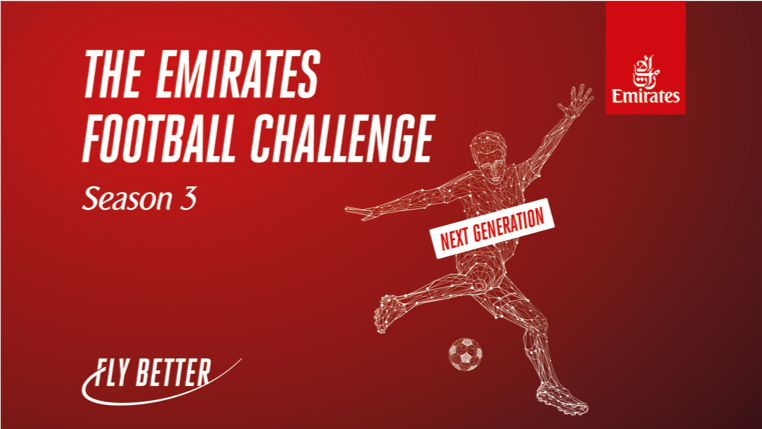 The challenge will invite individuals from local football academies to battle it out for the ultimate prize – two Economy Class tickets to London and the opportunity to watch a live Arsenal match at the Emirates Stadium. The Emirates Football Challenge, in collaboration with TV3, Ghana’s leading English television station, consists of four stages with two teams competing in the TV3 studio in-studio. The first three stages will be a series of football trivia questions with a special twist in the last round when contestants challenge each other with question on world football, a penalty kick off in the final round will determine the winner and a chance for the contestants to showcase their football skills. “Emirates understands the importance of football, especially at a local level. The Emirates Football Challenge gives football players the opportunity of a lifetime – to showcase their football knowledge and prowess and travel to experience an Arsenal match live in action – and celebrate our shared passion for the sport.” says, Catherine Wesley, Country Manager for Emirates in Ghana. Emirates has been committed to sponsorship around the world for over 30 years and football remains one of the most prominent sports within Emirates’ sponsorship portfolio. Emirates is the official shirt sponsor of Arsenal, AC Milan Real Madrid, Hamburger SV, New York Cosmos, Olympiacos FC, S.L. Benfica. Additionally, Emirates is the Title Partner of The FA Cup, known as The Emirates FA Cup since the beginning of the 2015/2016 season. Emirates flies daily out of Accra to over 150 destinations in 85 countries. Top Emirates destinations that Ghanaians travel to include UAE, China, USA, Singapore, India and London.