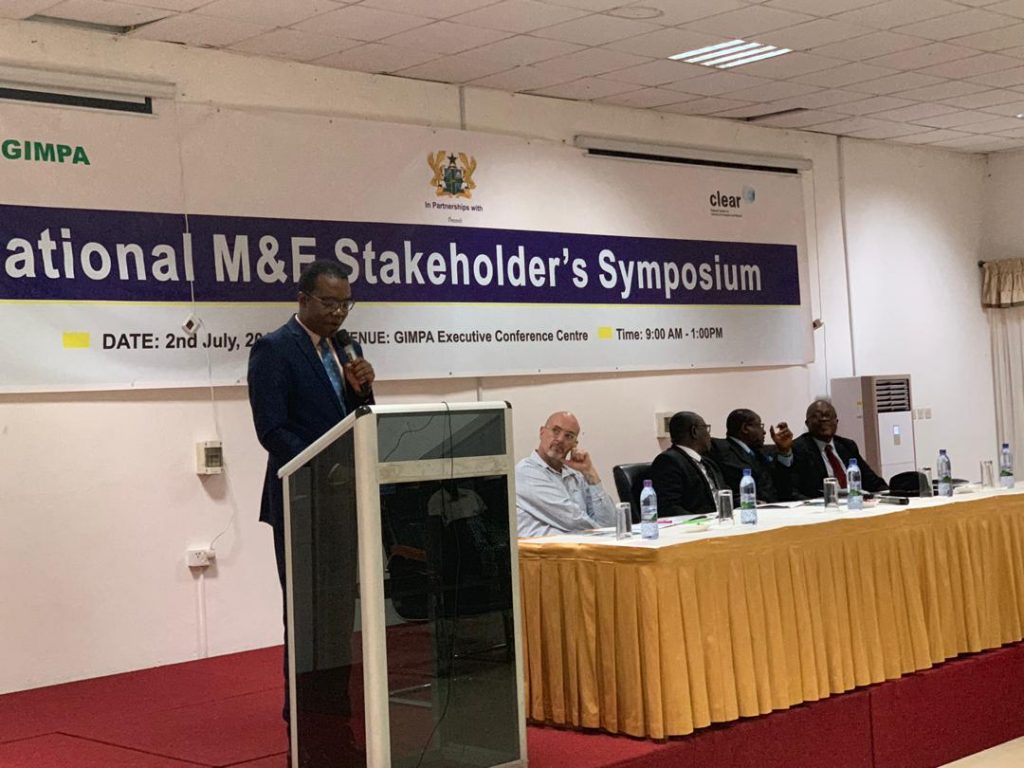 The Akufo-Addo-led New Patriotic Party (NPP) has come under immense pressure to commence an independent evaluation on the status of its flagship ‘One-Village One-Dam’ policy, which is currently ongoing in the northern part of Ghana.

At a national symposium on monitoring and evaluation Tuesday at the Ghana Institute of Management and Public Administration (GIMPA) in Accra, the Deputy Minister for Monitoring and Evaluation, William Sabi, disclosed that more than half of the dams earmarked to be constructed under the policy have been completed.

He said the remaining would be completed by end of year.

“Government is determined to have about 560 dams. So far, about 300 have been dug. I’m sure by the end of 2019, they will see most of these dams completed and by that time we can do a proper assessment of the project,” he said.

The Deputy Minister’s comments follow a similar announcement made by the Information Minister, Kojo Oppong Nkrumah, after he led a government delegation to tour some of the dams in the Northern Region last year.

Before the tour of the dams, media reports had indicated that some of them, particularly in the Upper East Region, were poorly constructed, a concern which the President and the Vice President have both said will launch an investigation.

But before the said investigations could commence, the information ministry in a statement to rebut similar concerns by the opposition National Democratic Congrss, said the project was going well except “with challenges with a few dams”.

However, head of the GIMPA Centre for Learning and Evaluation Results, Dr Charles Amoatey, asked government to commission an independent body to evaluate the project.

“We must be able to distinguish between just carrying out activities and delivering output and actually achieving results…I will recommend that monitoring especially evaluation must be seen to be independent,” he noted.

He said there is the need for the establishment of Monitoring and Evaluation units with the various ministries as well as the district assemblies which will keep track of the progress of government projects “and come out with evidence which can be reliable”.

These were part of the issues that came up for deliberation at the National Symposium of Monitoring and Evaluation.

The 2018 \2019 report by the GIMPA Centre for Learning and Evaluation Results called on government to venture into practical measures that will ensure effective monitoring  and evaluation.