Nana Appiah Mensah gained his freedom on August 6 after spending 9 months in custody in Dubai and Ghana[/caption] Chief executive of MenzGold Ghana, Nana Appiah Mensah, is being given what is said to be “urgent medical attention”, his team has announced. A statement by his team Wednesday did not give much detail on his condition and the kind of treatment he is receiving except to say he is seeking medical attention “for the excruciating nine-month ordeal in Dubai and Ghana”. The man, popularly known as NAM1, was first arrested in Dubai on December 4, 2018 following a botched gold business transaction in that country. He was subsequently tried on misdemeanour charges but was acquitted and discharged. NAM1, who was also wanted for allegedly defrauding over 16,000 Ghanaians to the tune of 1.6 billion cedis, was on July 11 this year arrested by the Police CID when touched down at the Kotoka International Airport from Dubai. He was placed in custody until July 26 when he was granted 1 billion cedis bail with five sureties, three of whom were to be justified; conditions he was unable to meet until a revision of same on August 6 by the court. Just a day after his release from custody, some of the affected customers of MenzGold have been demanding Nana Appiah Mensah addresses them on the way forward, particularly regarding their locked up investments. But a statement issued under the hand of Nii Amarh Amarteifio, head of communications at MenzGold, urged all the custims to remain calm and “await the next steps to be announced by Nana Appiah Mensah in the coming days”. [caption id="attachment_132043" align="aligncenter" width="810"] 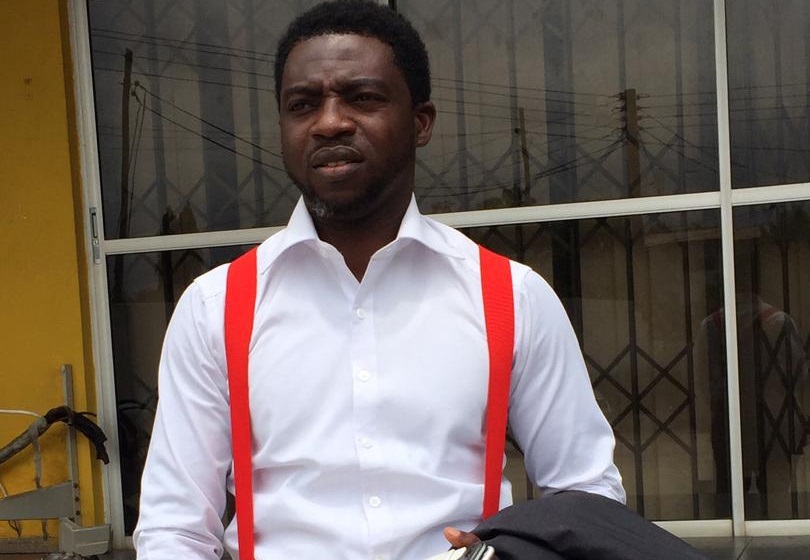 Nii Amarh Amarteifio[/caption] He however expressed gratitude to the public, especially their customers, for the steadfast and support for NAM1during the period that he was in custody. In the meantime, the statement said “the CEO is currently receiving urgent medical attention following the excruciating nine-month ordeal in Dubai and Ghana.

READ ALSO:  NAM1 'sneaked out' via unapproved Togo border
Background The Bank of Ghana in August last year issued a public notice that Menzgold Ghana Limited is not licensed and has no authority to engage in the solicitation, receipt of money or investments and the payment of dividends or returns to its clients which is captured in Section 6 (1) of the Banks and Specialised Deposit-Taking Institutions Act, 2016 (Act 930). It also hinted of impending sanctions, saying after several cautions to Menzgold, it has started discussions with relevant regulatory authorities to sanction them for breaching the law. Though Menzgold called the bluff of the central bank, it was forced to shut down in September 2018 by the SEC. As part of the shutdown notice, the firm was ordered not to take new contracts (investments). SEC claimed evaluation of Menzgold’s documentations show the company does not have the licences to trade in gold, and that, its operations are in breach of Act 929 “as well as a threat to unsuspecting and uninformed investors”. The company has since been in tango with SEC as well as customers and investors who are demanding their returns and investments. But when the issues appeared to have escalated due to pressure from the customers, Nana Appiah Mensah run to parliament with a petition to intervene so the company can resume operations and pay its customers. The company pleaded with the House to particularly intervene in the impasse between it and the SEC, which the company claimed has caused delays in paying its customers interest on their investments. The company claimed in the petition to the Finance Committee of Parliament that the complete shutdown of its gold collectible vault by SEC has “caused a lot of serious challenges for the company and its customers [both local and foreign]”. Accordingly, the firm wants parliament to “intervene and help resolve this matter amicably”.
READ ALSO:  8 crash to death at Tuobodom
By 3news.com|Ghana]]>

Twerking is not a sin in the spirit realm – Mavluz,...

Maguire criticised more than ever seen before in football – Shaw