File President Akufo-Addo and the Road Minister (hand raised) inspecting some road projects in the Ashanti Region[/caption] A total of 1.6 billion cedis has finally been released to the Ministry of Roads and Highways to pay all contractors owed by the government, Gabby Asare Otchere-Darkoa, a close associate of President Nana Akufo-Addo, has revealed. Quoting an anonymous source at the Ministry, Mr Otchere-Darko said Friday that the amount is far in excess of the 5 million cedis owed the government of Ghana contractors in the country. “…there is cash available today, GHS1.6bn, to pay all 240 contractors owed GHS5m or less each by GoG,” Mr Otchere-Darko said, but explained this payment will not cover contractors under the road fund. Despite the availability of the cash, he claimed officials at the Ministry of Roads and Highways are “perplexed” that the contractors, who have for years chased government for their monies, are not going for their money. “He says we are ready to pay them all in full (100% of what they are owed without discount from a bank facility),” Mr Otchere-Darko quoted the source. [caption id="attachment_136447" align="aligncenter" width="696"] 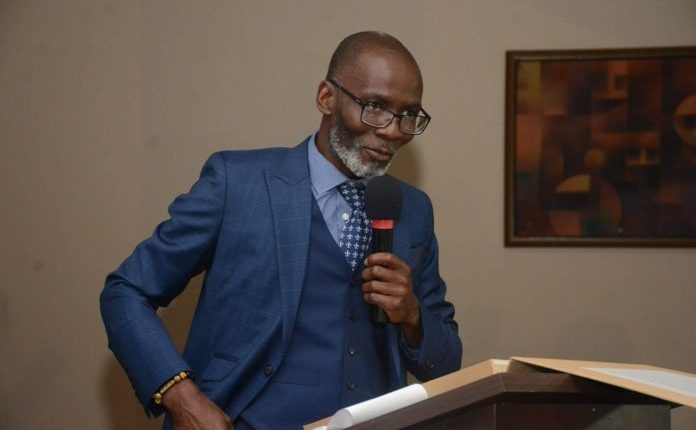 Gabby Asare Otchere-Darko[/caption] He added: “All they have to do is to meet the bankers and sign up and yet they are not doing it. Only 63 have signed up. I don’t understand!” According to Mr Otchere-Darko who is cousin to President Nana Akufo-Addo, his source at the Roads and Highways Ministry informed him that the contractors “can pick up their cash today, no sweat”

READ ALSO:  Ghana’s mortgage market underdeveloped – KNUST lecturer
Contractors, particularly those in the road sector, have for the past year been demanding payment for work done for the government which has been outstanding for years, with some of them occasionally picketing at the Ministry of Roads and Highways. Founder and leader of Royal House Chapel International, Rev. Sam Korankye Ankrah, last month made what many deemed to be unorthodox appeal to government to pay the contractors in his church so they can in turn pay their tithe. “Mr President, I have contractors and businessmen in my church, they must be paid for the work they have done so they can pay tithe and offerings…” he said on September 16. But the Vice President, Dr Mahamudu Bawumia, at the weekend assured government was working to pay 80 per cent of road contractors, monies owed them by November ending. “By November, 80% of all road contractors, the government owes will receive full payment for their certificates. The remaining 20% who turn to be the very big contractors will initially receive 40% of their amount to start with,” he said at the 43rd celebration of Kobine festival at Lawra in the Upper West region. By Stephen Kwabena Effah|3news.com|Ghana]]>

It’s ethically wrong for Databank to play a role in Ghana’s...